Trump's Political Lies Blanket TV, Twitter - And They Are Being Tracked 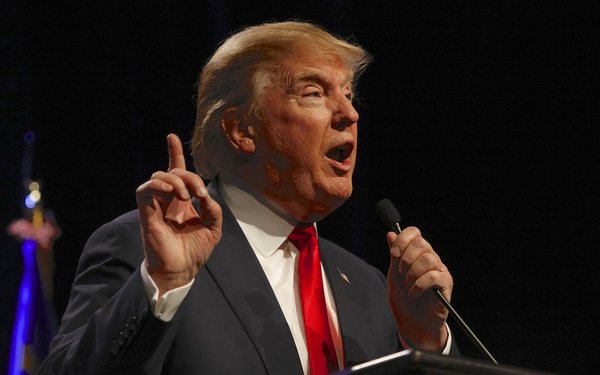 Lies can be fun -- especially in fictional TV dramas and comedies, and maybe even with some reality shows. Political lies? It's not a game show. On TV and other media, falsehoods have real-life consequences.

At the beginning of his administration, President Trump’s false claims from his words/statements/tweets, on TV and other media platforms, had been running around eight lies a week.

Now -- through late June -- it is up to 40 lies a week, according to research from The Toronto Star.

Most of his lies comes in speeches, 648. Why? His speeches aren’t always fact-checked. Or they spill from off-the-cuff, improvisational stuff, according to analysis. Lies in interviews are now at 380; informal remarks at events, 369; Twitter, 339; and press conferences and so-called “scrums” -- informal gathering of the press -- 192.

Toronto Star’s research -- working with website, Factba.se, which tracks all of Trump’s public comments -- looked at the time period January 20, 2017 (the start of the Trump Administration) through July 1, 2018.

But maybe The Toronto Star doesn’t have it right. Consider The Washington Post, which has done similar research. Its total of President Trump lies is now at 3,251. Obviously, someone is lying.

Is Trump just talking more? Yep, around 20% more public words. Also the percentage of Trump’s words that were part of a false claims are also higher. At the start, 2% of his words were part of a lie; now that is up to 8.5%.

Trump’s claims of “fake news” come, in large part, in response to reporters either fact-checking or simply reporting what he has said and/or done. Mr. President: You reap what you sow.

At a recent news interview, Trump also claimed that an audio recording of him speaking to the U.K. newspaper The Sun was fake news. Is he suggesting some kind of AI (artificial intelligence) stuff is at work?

Have other U.S. presidents made false claims? Sure. But we have no comparative data as yet.

TV, print, online and other journalists have rules when it comes to sources who make repeated false claims: They stop listening to them and using their information.