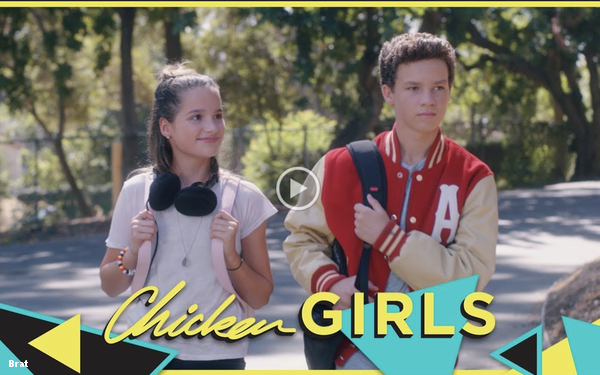 For many older millennials and Gen-Xers, the most memorable content when they were coming of age was, in the era of the Brat Pack, with movies like “The Breakfast Club,” “St. Elmo’s Fire,” and “Ferris Bueller’s Day Off.”

Actors like Rob Lowe, Molly Ringwald, and Emilio Estevez appeared in multiple films of that era, chronicling the trials and tribulations of growing up and entering adulthood.

Now, Brat, a digital video and content company based in in Los Angeles, is trying to take that formula and make it relevant to Gen Z, a generation that watches most of their content on their phones, through social media accounts and on YouTube.

“Our goal is to recreate the magic of yesteryear with the original Brat Pack.' How do we take the stylistic elements of that content, like from ‘Ferris Bueller' or ‘Risky Business’ or 'Breakfast Club,’ and apply that to today’s world of content creators?” Brat co-founder Darren Lachtman tells Video Insider.

The company recently closed a $30 million funding round, led by Anchorage Capital, according to The Los Angeles Times.

Just as actors in the “Brat Pack” era appeared in multiple films, Brat has created the concept of a town, a cinematic universe where characters from individual shows can cross over to other projects in the same town, allowing viewers to follow actors or characters as well as shows. The company currently has two towns, with two more on the way.

Brat is focused on creating an ecosystem around its creators, providing resources, equipment and reach that they might otherwise have a hard time getting.

To that end, the company recently launched a music division, letting its musical talent sell songs, and will soon launch merchandising opportunities for its creators.

The company also expects to monetize through advertising and sponsorships and is set to launch brand partnerships in the fall, “working with select brands advertising across key shows,” Lachtman says.

The company has embraced longer-form storytelling, with many shows running a full 22 minutes (or even an hour in the case of the "Chicken Girls" movie). Lachtman says completion rates are around 70%, with much of that viewership on mobile devices.

“I think this really proves that viewing habits of people haven’t changed. You just don’t need to turn on the big screen anymore. You can watch in the palm in your hand,” he says.