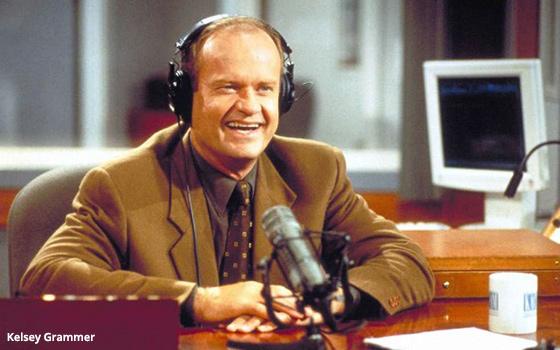 After the news broke on Wednesday that Kelsey Grammer and CBS are “exploring” the possibility of bringing back “Frasier,” I gravitated to Google to find a list of 1990s sitcoms that would be helpful in crafting this TV Blog.

My plan was to humorously suggest other 1990s titles that would be ripe for revivals along the lines of “Frasier.” I still have a few suggestions, but one thing that surprised me was the number that have already been remade or are actively being talked about.

Opinions vary about the value of some of these, but an updated “Frasier” seems like a great idea, particularly since the original was one of the best network sitcoms that was ever made. In view of its high quality, the biggest challenge for a remake will be matching that quality week in and week out, which will not be easy.

For all such remakes, another challenge is corralling the original cast members. For example, a “Friends” remake would depend on getting all six stars to return, which does not seem likely.

A “Seinfeld” remake would likely not occur for much the same reason. It would likely be easier to lure back Kramer and George than Jerry and Elaine.

Tim Allen is now starring in “Last Man Standing,” so it is unlikely that he would be available for a “Home Improvement” update (although his co-stars from that show would seem to be).

“Blossom” is not a likely candidate for a reboot either, since Mayim Bialik is committed to “The Big Bang Theory” and she would be crazy to walk away from that.

Sadly, a “Golden Girls” reunion cannot happen either – unless you can find four new “girls.” Otherwise, it would have to be just “The Golden Girl” -- Betty White is the only one left. Alas.

The odds do not favor a “Fresh Prince of Bel Air” reboot starring Will Smith either. I think if anyone dared suggest that to Smith, he would give them a stony stare, say nothing and otherwise pretend he didn't hear it.

On the other hand, if there was money to be made by him for OK’ing a total remake of the show, perhaps with a meaningless executive producer's title for him, then it would likely be easier to get him to say yes.

One show that, to me, would be the Holy Grail of 1990s sitcom revivals would be the return of “Family Matters.” Like tens of millions of other people, I long to learn what became of Steve Urkel in adulthood. TV’s most famous ’90s nerd is probably a Silicon Valley titan by now. Please, TV gods -- the TV Blog beseeches you to help make this happen.

Other ’90s titles would not seem to have quite the level of notoriety or nostalgia value for reboot treatment. Is anyone really interested in learning what the characters in “Wings” are up to now? How about “3rd Rock from the Sun”? I didn't think so.

On the other hand, being brought up to date on the characters from “Living Single” might be interesting. Maybe now they are “Living Married” or “Living Divorced.”

What about “Grace Under Fire” or “Coach”? Hey, I know a show everyone wants to see rebooted: “Married With Children.”

I never liked “That ’70s Show,” but remaking it is almost the most obvious of all the ’90s sitcoms that could be successfully updated and remade in the present day. Here was a sitcom about the 1970s that was made 20 years later in the 1990s (it premiered in 1998).