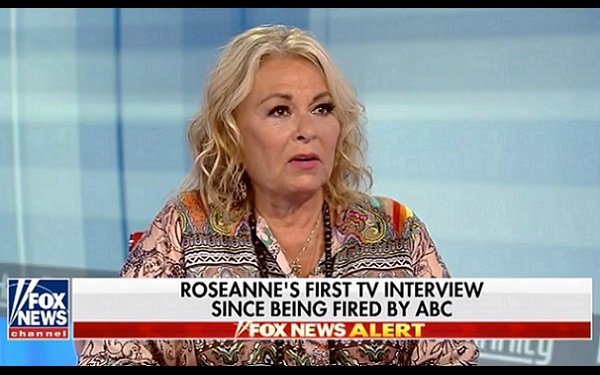 Once upon a time, when there was still such a thing as Big Television, an exclusive prime-time interview with a newsmaker like Roseanne Barr would have been huge news.

We who wrote about TV for newspapers and magazines would report breathlessly on the competition for the big “gets,” as they were called.

Back then -- basically the ’90s and early ’00s -- the competition was fierce between a handful of network news stars, primarily women, including Barbara Walters, Diane Sawyer, Katie Couric, Connie Chung and a handful of others.

Sometimes Oprah Winfrey was thrown into the mix too. At least one of the high-profile, prime-time interviews Michael Jackson agreed to do back in the ’90s was with Oprah, in 1993. Another one was with Sawyer (1995).

One of the last of these “big get” interviews was Sawyer's first prime-time interview with Bruce Jenner in April 2015 in which Jenner admitted he was transitioning into a woman.

Where Roseanne Barr is concerned, Sean Hannity and his show deserve all credit for the successful effort they made to get her to do her first national TV interview on Fox News Channel last week since being fired from her show. She appeared for the full hour of “Hannity” on Thursday night.

However, the competition for these kinds of interviews is not what it once was. Not that long ago, Roseanne would have been intensely wooed by the top stars of network news (even the ones on ABC, the network that fired her).

Looking at the short list of news stars above, one realizes that none of them are in the “big get” interview business anymore.