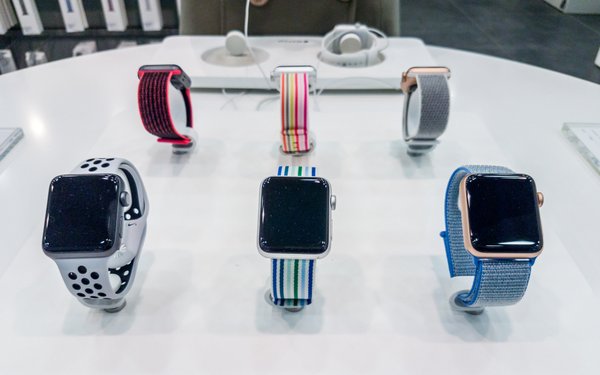 The Apple Watch is hot.

Global smartwatch shipments reached 10 million units, as Fitbit and Garmin also were strong, according to the latest estimates.

Apple shipped 3.5 million smartwatches worldwide, 30% more than the same period last year, according to the second quarter estimates by Canalys.

Despite its strong numbers, Apple’s market share dropped from 43% in the previous quarter to 34%.  However, Apple Watch shipments to Asia passed 250,000 unites, with the LTE version accounting for 60%. The cellular-connected Apple Watch Series 3 was the best shipping smartwatch in Asia in the second quarter.

Other studies also show Apple holding a lead over all other smartwatch makers.

Smartwatches and other wrist wearables have arrived worldwide, in a big way.