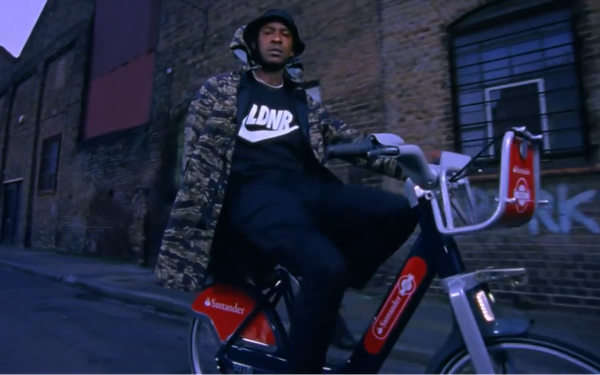 Nike has been permanently enjoined by a court in the UK from using the LNDR tag for its "Nothing Beats A Londoner" campaign it created with agency partner Wieden + Kennedy.

The court’s decision was the result of a lawsuit filed by a company called LNDR, which claimed that Nike’s use of the tag in its marketing infringed its intellectual property.

While W+K helped craft the campaign, the agency was not named a party to the suit.

Nike launched the "Nothing beats a Londoner” ad campaign in January, which incorporated LDNR in various elements to rally and support London athletes.

The LDNR active wear line was launched by Frank Industries in 2015.

Nike denied infringement and counterclaimed for a declaration that the trademarks were invalidly registered. Nike used the LDNR term prominently on social media, in live events, merchandising giveaways and in-store displays. The TV ad for the campaign included appearances by runner Mo Farah, as well as Harry Kane and Skepta, all were seen wearing T-shirts featuring LDNR.

LNDR first obtained an interim injunction in March, preventing Nike from using the LDNR term until the trial.

This judgement from the Intellectual Property Enterprise Court means that Nike cannot use the term LDNR again.

"From our point of view, it was educating the public that ‘LDNR’ was either a Nike trademark, or that there was a collaboration between our two brands," says Joanna Turner, founder, LNDR. "We felt that we had no choice but to protect our brand and identity, and the trademarks that support them, which are critical to our continued growth."

This case was David versus Goliath.

During the trial, Nike’s sole witness was Jamie McCall, senior marketing director for Nike UK & Ireland, who has worked for Nike in various marketing roles since 2006. Although McCall had "overall responsibility for [the campaign], he did not have first-hand knowledge of some of the events," state the court documents.

Others involved with the creative were Ruth Hooper, who led the campaign from a marketing perspective under McCall’s overall supervision, as well as W+K's Philip Jacobson, who managed Nike’s relationship with the agency, Nike's brand communication manager Jean-Luc Bragard and brand design manager Andy Walker.

Several factors outlined in the court documents likely hurt Nike's case. For one, the creative brief for the campaign used LDN as the brand tagline. LDN is frequently used to refer to the city, as opposed to LDNR.

However, during the creative process, W+K helped to suggest LDNR as an alternative.

W+K's group account director Ryan Fisher sent a "To Do" email to team members on May 26, 2016 stating: "We had some good discussions around LDN swoosh, LDNR swoosh, London swoosh — we need to further define where we go with this and how it lives in the world.”

Nike tried to claim that LDNR is known widely across social media, yet the company was unable to point to any dictionary or other reference (even of an online variety, such as Wikipedia or the Urban Dictionary) which defined LNDR as Londoner.

Plus, the company's examples of widespread usage across social media actually came from two users — 22 by skylevel98 and 19 by diary_of_a_lndr — the latter created the account after Nike launched its messaging.

Ultimately, the court found that Nike "knew about the trademarks," avoided legal counsel's advice, and "should have appreciated that it was likely that Frank would object," state the documents.

"Even if Nike have acted fairly in the past, in the light of what they now know, it would not be in accordance with honest practices in industrial and commercial matters for Nike to continue their use of LDNR in the future."

Nike has not yet indicated whether the company intends to apply for permission to appeal.

A growing number of brands have found themselves inadvertently in the midst of copyright litigation. Earlier this month, Swiss artist Adrian Falkner, known via his tag, Smash 137, sued General Motors for featuring his commissioned graffiti artwork in a Cadillac campaign ad. Falkner's suit states the automaker’s photos featured on social media infringed on his copyrights.