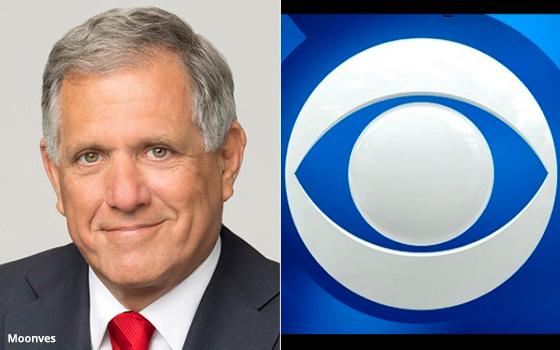 The New Yorker story out this week about CBS CEO Leslie Moonves, and the culture of sex-harassment at CBS that it also details, would seem to be too damning for Moonves to survive it.

As of this writing on Monday morning, the CBS board was reportedly meeting to discuss the situation. Moonves might well have stepped down before this TV Blog gets published on Tuesday morning.

This New Yorker investigation is just that good. The various news accounts that came out after the story was posted on NewYorker.com on Friday were, by their nature, digest-sized versions of this in-depth investigation. As such, they failed to do it justice.

All one has to do to get the full effect of this long and very detailed account of Moonves’ behavior with women over the years (stretching back to the 1980s) is to move from the news summaries to the real story. It is quite a read.

It is also quite an achievement. Ronan Farrow has the byline, and he is to be commended for the quality of his reporting.

This is a very difficult subject to bring out into the open. Large companies and the people who run them will fight tooth and nail to discredit the people making the accusations.

And they will do their utmost to craft p.r. statements that either deny some of the charges, attempt to minimize others or employ the age-old “I don't remember” defense. The various statements from CBS that were included in the story have aspects of all three.

Accusers can also be difficult to find, since some might still be working in the TV industry, possibly in association with CBS, and will not risk their livelihoods in order to tell tales about a man who is in a position to make or break careers.

According to this New Yorker story, Moonves used that power to punish women who did not do as he asked or demanded.

Whenever such stories come out, it is only natural for those of us on the outside to wonder about their truth.

Are these accounts of Moonves maneuvering women into private meetings, ostensibly to conduct business, and then coming on to them (or assaulting them) entirely true? Partially true? Made up?

This is one piece of investigative reporting in which they seem to be very true. The stories are very detailed, which tells a reader at least two things: (1) The women are not just making them up, since they just seem much too detailed to be untrue; and (2) the narratives these women provided give no hint of obfuscation or hemming and hawing. They read as if these women have nothing to hide. In other words, they read like the truth.

Moreover, given the New Yorker’s reputation for maintaining high standards of journalistic excellence, it is doubtful the magazine would have published this story, in this way, if its editors were not confident of its accuracy.

The behavior described in the story is grotesque. The story is really made up of two parts -- the portions about Moonves and his behavior with accusers such as the actress and writer Illeana Douglas, and a lengthy portion about the sex-harassment culture at the CBS News division.

Not only is Moonves accused of improperly touching and kissing various women, but he is also portrayed as a profane, ill-mannered bully -- an aspect of his personality that he manages to keep hidden from the image he projects publicly.

In the TV business, he enjoys a reputation as an upbeat cheerleader and promoter of network television -- appearing on stage at CBS's upfront every May, and also regaling the press at events CBS organizes every year.

In fact, some journalists on the TV beat are so enamored of Moonves that they stick to him like flies on honey whenever he shows up.

Maybe if Moonves steps down, the result will be the building of a new, more modern culture at CBS. One observation in the New Yorker story from someone identified only as a “former associate producer” in the news division felt particularly accurate.

Describing CBS, this producer said, “[CBS] is an old network. Everything in there feels old: the people, the furniture, the culture, the mores.” Maybe when all is said and done, that is the problem.