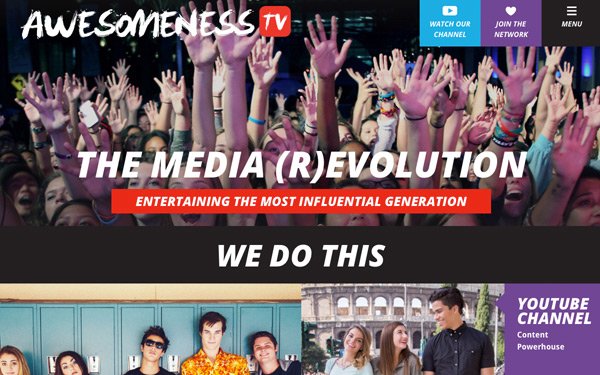 A pair of notable news stories over the past week have raised new questions about what video content will look like for younger viewers, and exactly who will control that ecosystem.

The rise of mobile video, social video and streaming have already dramatically shifted the way we consume video, but both legacy media companies and new upstarts are betting that these technologies will forge a new set of winners and losers.

Younger consumers are not as committed to legacy media channels as baby boomers and Gen-Xers, so the race is on to become the content provider for the next generation.

Among the upstarts, few are as flashy or high-profile as NewTV, a project being developed by mogul Jeffrey Katzenberg’s WndrCo.

Last week, WndrCo confirmed that it had closed its first $1 billion (yes, with a “B”) round of funding for NewTV, with institutional investors joining companies like Disney and Warner Bros. in the round.

NewTV named former Hewlett Packard Enterprise CEO Meg Whitman as its CEO in January, suggesting that Katzenberg had grand ambitions. The billion-dollar funding round backs up that notion.

Still, very little is known about NewTV. So far, Katzenberg has really only said that the plan is to produce ultra-premium content (think “Game of Thrones” quality) only short-form and delivered in a mobile-first environment.

Exactly where that content will be available remains unclear, and it also isn’t clear whether it will be free and ad-supported, subscription-supported, or both.

On the other side of the coin, last week Viacom confirmed it had acquired AwesomenessTV, a company that sought to produce premium content for young viewers. At one point, AwesomenessTV was valued at $650 million. Viacom reportedly acquired the company for $50 million and the assumption of debt.

Rather than serving as a warning to NewTV, AwesomenessTV is something of an alternative take on the same idea. While it failed to succeed as a standalone company, Viacom is betting that the pieces it has built will be able to thrive within its Digital Studios unit.

WndrCo is betting that a massive influx of cash will give it the runway to turn NewTV into the content hub of the future, while Viacom is betting that its programming smarts combined with AwesomenessTV’s digital savviness can accomplish the same goal.

Tomorrow’s video viewer may not be that interested in the brands of MTV or Comedy Central, but both companies are betting they can create something that is sticky, and will resonate with that generation in the same way as Gen-Xers saying “I want my MTV!” 30+ years ago.