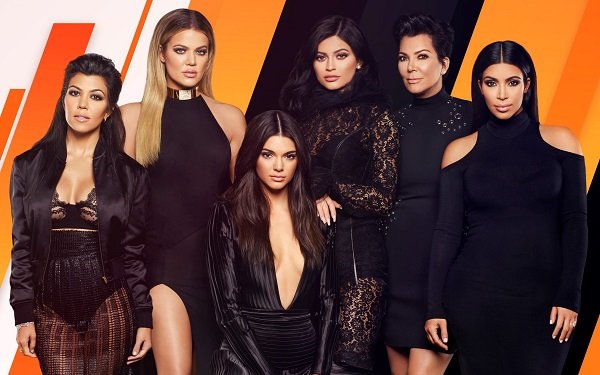 How many times have you been in a conversation in which the topic was some aspect of the decline of our society and someone invoked the name “Kardashian” in some form or another as his or her way of describing the terrible state of our mass culture?

Almost since the beginning of their TV show, “Keeping Up With the Kardashians,” in 2007, many have regarded the Kardashian phenomenon this way.

“They are obnoxious rich people who did not really do anything to earn their fame and money,” complain these naysayers. “Have you ever seen their show?” someone might ask. “All they do is sit around doing nothing but whine about their lives,” this person will then answer his or her own question.

Meanwhile, as these people complain about the Kardashian-ization of America, millions of others who apparently adore them have turned the Kardashians into the First Family of 21st century television. As the old song once asked: Who's got the last laugh now?

The Kardashians, made up principally of six statuesque women (in the photo above, l-r: Kourtney and Chloe Kardashian, Kendall, Kylie and Kris Jenner, and Kim Kardashian), is a juggernaut that shows no signs of slowing down.

The family's flagship reality show -- known to millions as “KUWTK” -- just started its 15th season August 5 on E!. It premiered 11 years ago, which represents a lifetime in TV years. The show has spawned at least seven spinoffs.

Even more incredible, I learned recently that taken as a whole, the Kardashian family members have something in the neighborhood of 700 million followers on social media. It is almost beyond belief.

Maybe those who complain about the Kardashians are right. Maybe the Kardashians have taken over the planet and in the process, have influenced tens of millions on how to dress, talk, behave and in general, live their lives.

On the other hand, guided apparently by matriarch Kris Jenner, the family has built a brand that must rank by now as one of the best-known in the world. And by all appearances, it seems highly profitable as well.

A recent shopping trip to Macy's flagship store in Manhattan provided evidence of the Kardashians’ ubiquity.

There on the first floor near the escalators were displayed giant cutouts fashioned from thick corrugated cardboard of several of the Kardashian women boldly posing in their Calvin Klein underwear.

I had no opportunity to make a precise measurement, but each of these cardboard constructions appeared to be 10-12 feet high. Clearly, this family of colossal women is here to stay.