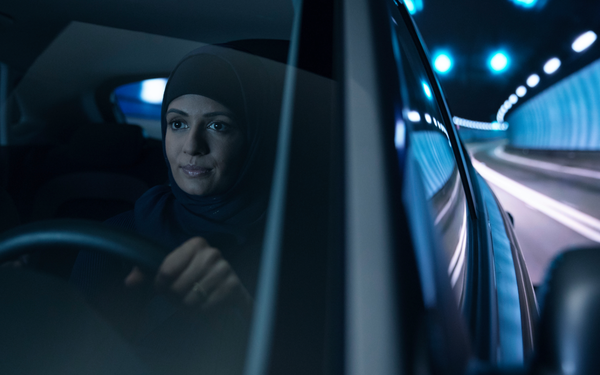 Hyundai Motor Co. is launching a campaign and customer experience program aimed at  Saudi Arabian women following the lift of a decade-long ban on female drivers.

The #WhatsNext campaign from Stuttgart, Germany-based Jung-von-Matt/Neckar celebrates Saudi women’s past achievements and supports their future feats, while aligning with Hyundai’s vision to create freedom in mobility, according to the automaker.

The campaign includes an English-language microsite and an Arabic microsite. A 30-second spot communicates Hyundai’s message of support to Saudi female drivers, through a narrative that follows a Saudi woman as she pursues her dream career as a fashion designer, movie director, teacher and track athlete.

As part of the campaign, Hyundai is collaborating with three Saudi-based influencers: entrepreneur Bayan Linjawi, radio presenter Shadia Abdulaziz, and fashion designer Reem Faisal. All three were invited to attend a workshop at Hyundai’s headquarters in Seoul last month, which included a visit to the “Hyundai Motorstudio Goyang” and a “Let’s Drive” driving tutorial for beginners. These ambassadors will share their Hyundai experiences with other Saudi women and also will attend several other Hyundai events, including new car launches and driving school programs.

In order to provide more test-driving experiences for female drivers, the carmaker is also in the process of increasing the number of available test-drive vehicles, developing a test-drive app, and operating female-only driving tutorial sessions. Six female-only lounges with staff support are in operation to facilitate easy access to Hyundai’s services.

To respect Saudi Arabian cultural sensitivities, which include keeping women’s physical exposure to a minimum, all locally sold cars will also have pre-installed front door sun shades. In an industry first, Hyundai has also invented and installed an Abaya detector system, so drivers do not have to worry about their traditional attire getting caught in the car doors.

This spot is geared towards the local market, yet it carries a universal message that supports and anticipates a progressive trend throughout the world, according to the automaker.