More Americans Deem President Trump The 'Enemy Of The People' 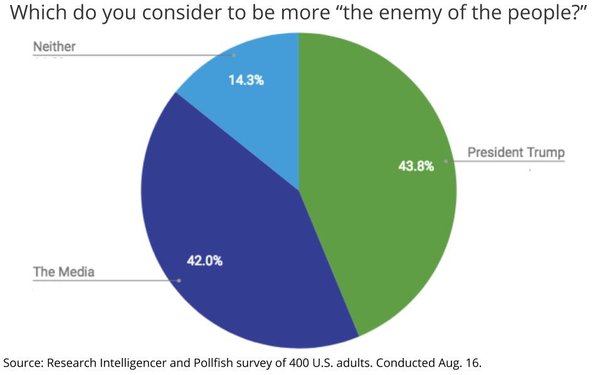 More Americans believe President Donald Trump is the “enemy of the people,” rather than the media, according to a survey conducted by MediaPost’s Research Intelligencer and Pollfish.

The survey, which was conducted Thursday and may have been influenced by the unprecedented coordinated editorial initiative published by hundreds of American newspapers, found that slightly more respondents (43.8%) deem President Trump “more the enemy of the people” than the media (42.0%). Only 14.3% of the respondents cited “neither.” 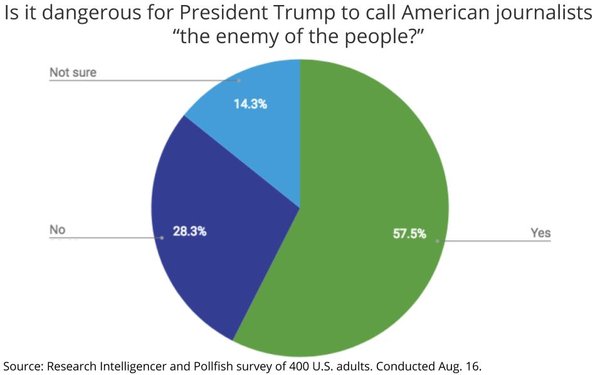 A significantly higher percentage of Americans (57.5%) said it is “dangerous for President Trump to call American journalists the “enemy of the people.” Only 28.3% said it’s not, while 14.3% said they weren’t sure. 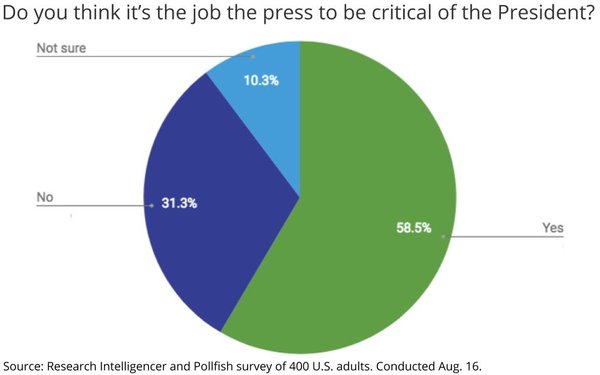