2 Things That Made Me The Skeptical Journalist I Am Today 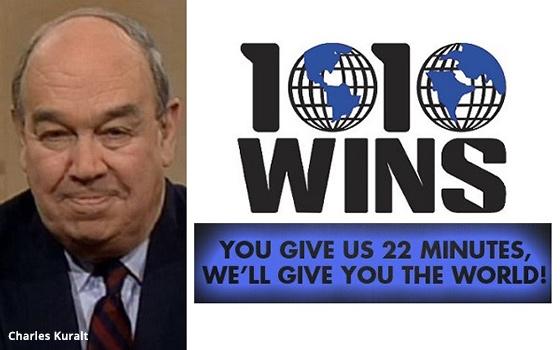 A vital characteristic for any journalist is skepticism, defined by the dictionary on my desk (Merriam-Webster’s Collegiate, Eleventh Edition) as “an attitude of doubt or a disposition to incredulity either in general or toward a particular object.”

The word is defined further as “the doctrine that true knowledge or knowledge in a particular area is uncertain.”

I first encountered the word “skeptic” as it pertains to a description of a journalist in the title of Terry Teachout’s 2003 biography of H.L. Mencken, titled The Skeptic.

I am no Mencken, but the title helped me to realize that I shared Mencken’s journalistic skepticism (if not his talent) -- which I define personally as an acute -- and, by now instinctual -- wariness about what people in the TV and radio businesses tell me.

Although I have spent the lion’s share of my career writing about television, I am including radio here because it was once an industry of particular focus for me early in my career.

And also because a radio story is one of the two stories to be related here that form the roots of my own journalistic skepticism. One is the story of Charles Kuralt. The other is the story of a famous radio slogan.

In 35 years of covering television as a journalist in New York, I have had the good fortune to write on a great many stories -- many perhaps better remembered than the strange story of Kuralt and the second family he had in Montana. Nevertheless, this story remains, for me, perhaps the most fascinating I ever came across in the years I have covered television.

This other family’s existence -- specifically the identity of Pat Shannon, with whom Kuralt maintained a relationship far from his “real” family in New York for nearly 30 years -- did not become public until a year or so after Kuralt’s death in 1997.

The story has been told by others in great detail, but for me, in a nutshell it amounted to this: Charles Kuralt maintained a public image as the folksy, curious guy who seemed so nice and down to earth that millions looked upon him as if he were a benign uncle. Turns out, he was traveling the country on those “On the Road” stories for CBS News at least, in part, so he was free to spend time with his alternate “wife” and her family, all the while keeping them a secret from his original family.

This is not to judge Kuralt too harshly. That is for those who knew him. But I remember that when this story became public, I had a “now I’ve seen everything” epiphany. And in its aftermath, I have never regarded anyone in the TV business in quite the same way again.

The famous radio slogan that helped make me a skeptic is the one heard on WINS-AM -- “1010WINS” (pronounced “Ten Ten Wins”) -- the all-news radio station in New York that has been one of the nation’s top-rated radio stations for decades.

The slogan is: “You give us 22 minutes, we’ll give you the world!” It is designed to promote the format’s hourly “news wheel,” which is divided into thirds. The slogan was also adopted by some of the other all-news stations in other markets when they were owned by Westinghouse.

Westinghouse -- or Group W, as it came to be known -- launched its all-news radio format on 1010WINS in 1965. In the 1980s, as a reporter covering radio, I became acquainted with the then-head of the Westinghouse radio division, who told me about the origins of the “22 minutes” slogan.

He explained the people who brainstormed together on that slogan (and I believe he was one of them) were well-aware that the “22 minutes” claim was preposterous — because that would indicate an hour of 66 minutes in length.

But they chose “22” over “20” anyway because, he said, it just sounded more catchy -- which was evidently more important than its arithmetical truth.

To him, the “punchline” was: To his knowledge, few or perhaps even none of the millions who heard this slogan for decades on WINS and the other all-news stations ever questioned this “22 minutes” claim, even though it is ludicrous.

He evidently thought this was hilarious, since he laughed heartily when he told me about it. And this from one of the most trusted news sources in America.

Sure, working up catchy slogans and preferring one for its rhythmic qualities versus a more accurate reference to an actual hour is no crime. Nor is it the end of the world.

But the story of the WINS slogan was another one of those instances that helped me come to question just about everything anyone told me in the media businesses I have covered.

At some point, I even coined my own personal “slogan” to keep in mind when covering TV: “Regard television with suspicion and skepticism, and you will be alright.” I realize it is not catchy, but it does the trick.