It's Still The Data, Stupid 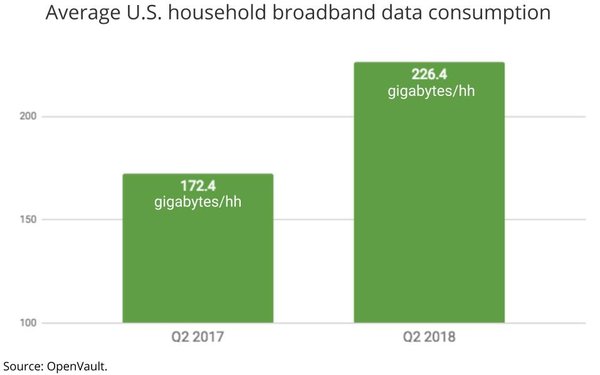 Earlier this year, MediaPost’s Research Intelligencer reported on PricewaterhouseCoopers’ estimates indicating that the U.S. media marketplace continues to evolve from a content and distribution model into a bandwidth economy. The PwC analysis suggested it was being driven by “robust competition among the leading mobile providers,” but estimates released this morning by the broadband data analysts at OpenVault suggest the evolution is accelerating even faster in the non-mobile universe. You know, those fat pipes coming into broadband households.

According to OpenVault’s second quarter estimates, the volume of data consumption per average U.S. broadband household has grown by nearly a third (31.3%) year-over-year.

The report also shows that the percentage of U.S. households classified as “power users” -- those 1 terabyte or more of broadband data -- has more than doubled in the past year to 2.5% from 1.2% in the second quarter of 2017.

The expansion isn’t just an indication that Americans are becoming data hogs, but is further evidence of changing media consumption patterns, especially the shift from linear TV to streaming services inside the household.

It’s also further evidence that cable and telco providers increasingly are becoming “dumb pipes” vs. programming services providers. But they’re not-so-dumb when it comes to how they market their bandwidth.

The OpenVault analysis also shows providers and the households they serve are shifting from flat usage rates to usage-based billing that is generating incremental revenues for providers as data consumption expands per household. 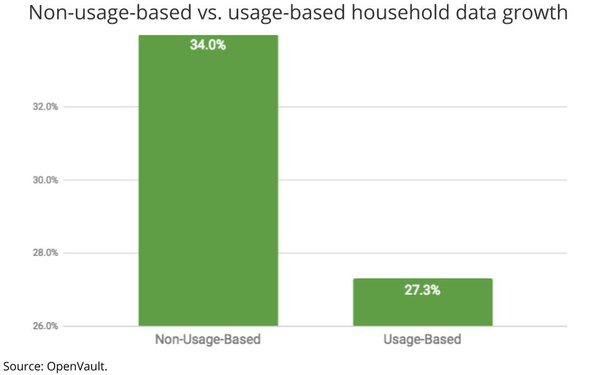