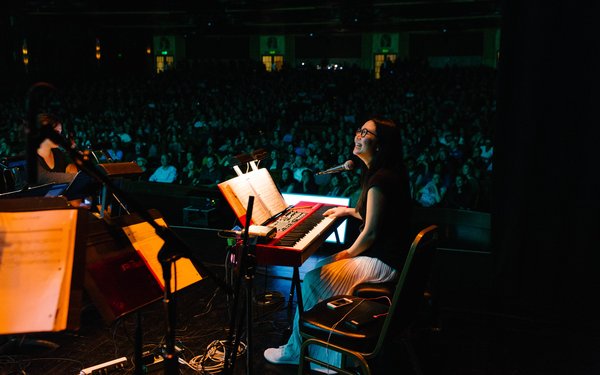 Pop-Up Magazine, known for its live magazine events, is expanding internationally this fall with an event in Toronto, Canada.

The tour — which features a live journalism format with storytellers from film, print, audio and photography — will put on 10 shows in seven cities, it’s biggest tour yet.

"Toronto is an exciting city, with such a vibrant culture scene. And it will be fun to bring our live, multimedia magazine to a brand-new audience," he said.

Every year, Pop-Up Magazine goes on an U.S. tour in the spring and fall with different contributors, themes and audiences. The live shows are not recorded.

“We are not creating a show that we know will be broadcast later." It helps create a feeling of an “intimate … and inclusive experience” for each show, Derek Fagerstrom, one of the founders, previously told Publishers Daily.

The 2018 Fall Issue tour will put on three shows in San Francisco and two in Portland. It is also hitting Washington, D.C., New York, Los Angeles and Chicago.

An original, live score will be performed onstage by Magik*Magik Orchestra.

The 2018 Fall Issue will, in part, “travel to changing small-town America, go inside a controversial terrorist rehabilitation facility, consider the ethics of being mean to robots, attempt to bring a flower back from extinction... [and] look at thirst traps through the ages," Pop-Up Magazine claims.

Pop-Up Magazine is partnering with sponsor Marriott Traveler, the hotel's branded magazine, to produce two short travel films that will air during the shows and take audiences to "unexpected spots" in San Francisco and New York.

MailChimp is also sponsoring the event. Pop-Up Magazine says more sponsors may be added in the coming weeks.

Contributors to the show at Brooklyn's BAM Opera House, for example, include writers and journalists from New York, Los Angeles Times, Wired and The Atlantic, as well as playwrights, authors and photographers.

Tickets range from $29 to $76 and can be bought online.
canada, events, magazines
Next story loading