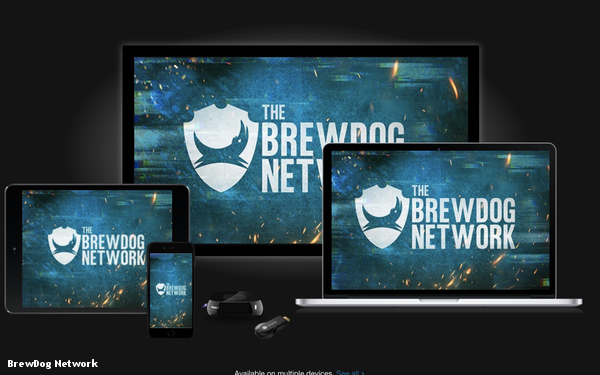 Niche streaming video services continue to proliferate. Now, there is one more niche being filled: The craft brewery BrewDog and its founders, James Watt and Martin Dickie, are launching a new subscription video on-demand service targeting beer and wine lovers.

Called The BrewDog Network, the service will be a general entertainment service, with beer, wine and spirits at the center of its programming.

The service will be ad-free at launch and cost $4.99 per month; new content is being added regularly over the first year. At launch, it will be available through app on iOS and Android, as well as on the web.

Dickie and Watt are best-known for their TV show, “Brew Dogs,” which aired on the now-defunct Esquire Network. The Brew Dog Network will resurrect the program — which sees the duo traveling the world to taste and create unique beers — as “The BrewDog Show.”

Original programs will include a business docu-series, hosted by Watt and Dickie, called "Business Punks,” a cooking show that will pair burgers and beers, multiple shows where hosts create new craft beers or creative cocktails, a handful of travel shows exploring global food and drink, and even a boozy game show hosted by the prolific TV producer and host Marc Summers called “Throwback Trivia.”

“The Brew Dog Show” is not the only cult hit show being resurrected. “Four Sheets,” hosted by comedian Zane Lamprey, is a reboot of Lamprey’s show “Three Sheets,” which previously aired on Travel Channel and Spike, and sees the host traveling the world and trying out local alcohol-related traditions.

“This is a genuine move to take the video-on-demand revolution to a new level,” Watt says in a statement to Digital News Daily. “Just as Netflix has pioneered mainstream streaming services, The BrewDog Network will be the first globally recognized, passion-focused platform. We believe craft beer can be the inspiration for the most popular content on the internet – maybe even more popular than videos of cats falling off walls or celebrity sex tapes.”