Trump Dumps On Google's Organic Results, But Remains One Of Its Biggest Paid Advertisers 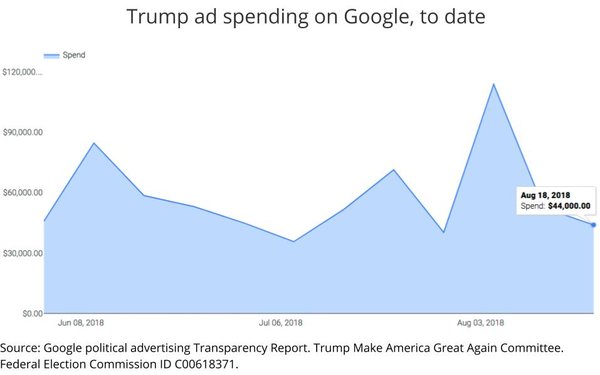 President Trump may be down on Google’s organic news search results, but he remains one of the biggest paid political advertisers on Google’s properties.

Currently, Trump is the second-largest political ad spender on Google, according to Google’s own recently launched political advertising Transparency Report. He spent $721,500 between May 31 and Aug. 18, across two entities registered with the Federal Election Commission: Trump Make America Great Again Committee and Donald J. Trump for President Inc.

Most of that spending was done by the committee, but both entities have been spending ad budgets on Google as recently as Aug. 18, the last date reported. 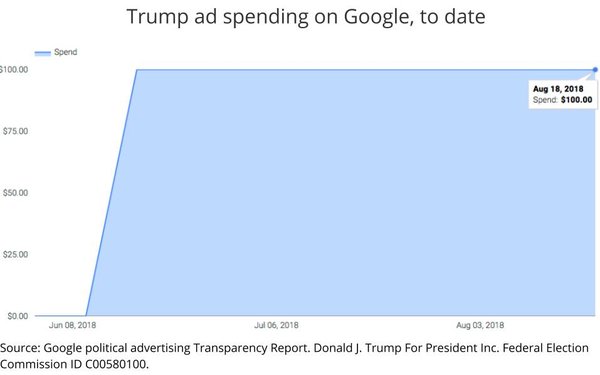