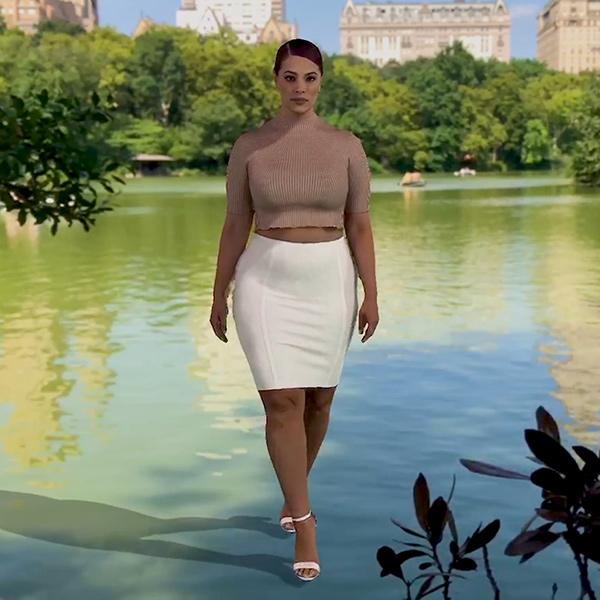 The AR video shows Graham demonstrating her runway walk and posing techniques, enhanced by volumetric video technology, which allows the model to appear as a 3-D hologram-like figure in real surroundings.

The demonstration on The Times’ site features Graham strutting and posing in some of her favorite New York City locations, like The Metropolitan Museum of Art and Central Park.

Users who access the experience can place their iPhone or iPad in any environment and see Graham demonstrating those same techniques in their real life space.

The experience was created at the Metastage Capture Studio in Culver City Studios, California, using Microsoft technology. Specifically, the imaging captured Graham unaltered, using more than 100 cameras were used to create her likeness.

"The Times chose to feature Ashley Graham because of her approach to body positivity; she is outspoken about not altering images of her body or face shape, a practice that is commonplace in the fashion industry," stated Joanna Nikas, staff editor of the Styles section at The New York Times.

The experience is accompanied by a Q&A with Graham, as she talks about issues like body diversity, sexual harassment and body image.

Graham stated: “Why would we want young girls and boys to go home and not love themselves because we are lying to them in magazines and lying to them on social media.”

The volumetric AR experience comes as The Times continues to develop new ways to offer its readers immersive journalism and visual storytelling. It is available through The Times’ iPhone and iPad apps with an alternative version of the article available across other platforms.