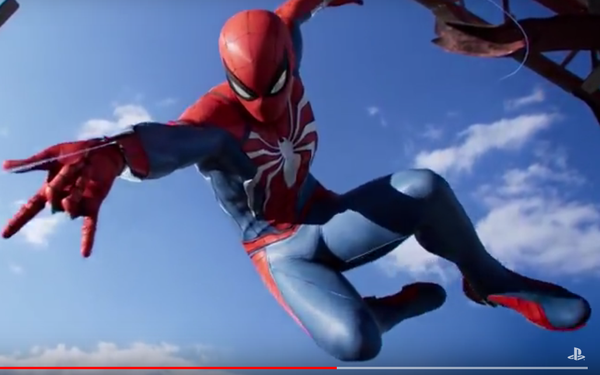 When it was shown at the end of the slow-moving first quarter, it was like a video splash of strong coffee.

Because NFL commercials cost an estimated $500,000 per 30 seconds, the “Spider-Man” spot also gave an indication of the action Sony, Marvel and game developer Insomniac expect the game to generate in sales.

The PlayStation spot, with the tagline “Be Greater,” also led consumers to the online store and its live 90-minute “Countdown to Launch" (which occurred midnight on Thursday)  feature, including a panel discussion with some of the creators.

The countdown idea was to try to duplicate the excitement of a pre-digital media premiere, PlayStation strategists noted. Those were times when eager, excited consumers plopped down in lawn chairs waiting overnight for the game store to open. But the live stream was also designed to sell consumers on the ease and advantages of buying games from PlayStation’s own app store, according to the company.

Early reviews seem favorable, with some game critics giving the Insomniac creators credit for not rehashing the Spider-Man backstories told many times over in other productions. Critics also lauded animators for a graphic depiction of New York City that looks vivid and accurate.

PlayStation so far hasn’t released pre-sale figures, but the “Spider-Man” launch was expected to be one of the gaming world’s biggest events this year in the $18.4 billion video game market.

The 90-second trailer football fans saw Thursday concluded with the words and vision of a middle-aged bearded fellow -- Sony calls him a “brand marketing character” and nicknamed him “the merchant” -- who tries to sum up the point to be made from this original Spider-Man tale.

“Some see self-doubt as an invitation to be greater,” he says, referring to the torment that originally compelled Peter Parker to become Spider-Man. “This is your opportunity to prove it.”