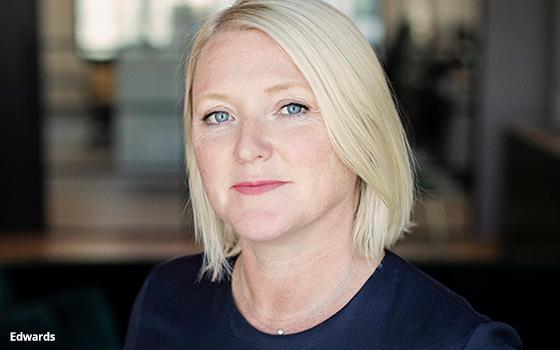 WPP digital agency Wunderman has appointed an insider — Mel Edwards — to be the agency’s next global CEO. She succeeds Mark Read, who earlier this month was named CEO of WPP, succeeding Martin Sorrell who left in April.

Edwards has been with Wunderman since 2012, and for the past three years has served as EMEA CEO. During her six years at Wunderman, Edwards is credited with being instrumental in helping to win and retain some of the agency’s largest clients including Shell, BT Group, EY and Samsung Europe.

Prior to joining Wunderman, Edwards served as CEO of M&C Saatchi’s LIDA.

“Mel is an exceptional leader who demonstrated her ability to build the business by winning new clients and developing existing ones, attracting top talent and integrating technology into our offer,” stated Read. “The agency has become a powerhouse in Europe and I have every confidence that it will continue its success globally with her leadership of an outstanding team around the world.”

The New York-based agency has a staff of 9,200 people across 70 markets.