This Year's Emmy Show Has All The Platforms Covered 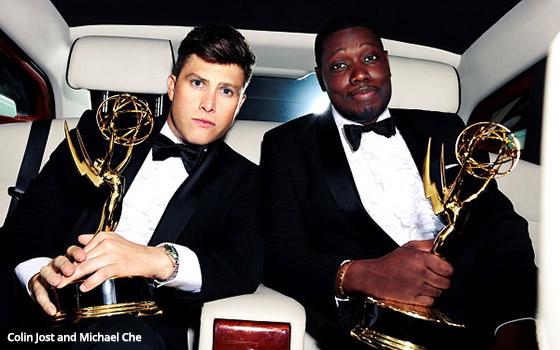 Hats off to anyone who feels he or she has a handle on this year’s Emmy Awards.

So many shows, so many networks and streaming services, so many new and veteran actors and actresses: It all adds up to an embarrassment of riches, especially if you believe, as many do, that we are living in a Golden Age of Television.

By some measurements or points of view, the “Golden Age” designation sometimes feels accurate when looking at the Emmy nominations (although my own preference is to take it easy on classifying anything on television as particularly “golden”).

The sheer number and variety of TV shows available to watch these days on any number of platforms is certainly more prodigious and diverse than ever before.

Much of this tonnage comes in for critical praise too, which leads to more viewers, then more money poured into production to make more shows, and then Emmy nominations and eventually awards that lead again to another motherlode of publicity.

For the most part, and very generally speaking, the lion’s share of the shows everyone talks about are reflected in this year’s Emmy nominations -- “Game of Thrones,” “The Crown,” “Westworld,” “This Is Us” and many others of the usual suspects.

The awards in the major categories will be bestowed Monday night on NBC (moving from Sunday night so NBC’s dominance on that evening with NFL football can proceed undisturbed).

Sure, the coverage of the nominations every July always includes some journalists’ summations of the shows and performers they felt were snubbed, but in the main, the nominated shows and the talent who appear in them are pretty much what you would expect.

As such, the task of predicting who will or will not win is more difficult than ever, if not impossible.

For example, while the shows in a category such as Lead Actress in a Comedy Series are as varied as the platforms they are seen on, the nominated actresses are all more or less at the same skill level -- Rachel Brosnahan in “The Marvelous Mrs. Maisel” (Amazon), Oscar winner Allison Janney in “Mom” (CBS), Issa Rae in “Insecure” (HBO), Tracee Ellis Ross in “black-ish” (ABC) and Lily Tomlin in “Grace and Frankie” (Netflix). Pamela Adlon of “Better Things” on FX was also nominated.

This year’s Emmys will be co-hosted by two cast members from “Saturday Night Live” -- Michael Che and Colin Jost, who are currently the co-anchors on “SNL’s” “Weekend Update” news spoof.

They’re a far cry from days of old when the Emmys were hosted by someone almost everyone had heard of. Sorry to seem like an old coot, but these two would not seem to possess the stature to take the helm on what should be TV’s biggest night of the year to put its best foot forward.

In addition, since these two are from the decidedly topical “SNL,” and their material likely to be written by “SNL” staffers (possibly with others), then we can expect a certain amount of political comedy to emanate from them that many of us will inevitably complain about afterward.