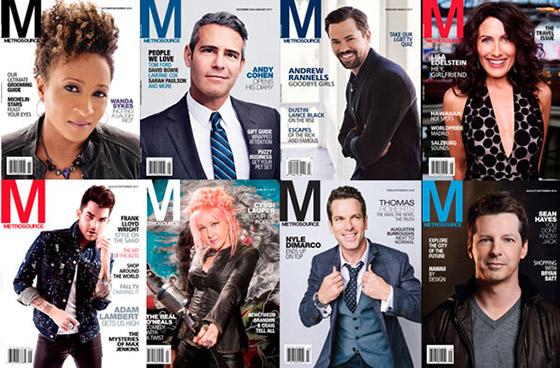 The special print issue will be modeled after Davler’s weekly City Guide, which provides sightseeing, culture, dining, shopping and nightlife recommendations for New York City tourists. Called the "Metrosource WorldPride Guide," the issue will publish in May 2019.

Davler will also roll out WorldPride 2019 content on Metrosource.com starting next month. The dedicated section on the site will have space for businesses to advertise, CEO David Miller told Publishers Daily, as will the print issue.

WorldPride Month is an annual celebration that began in 1970, one year after the Stonewall Riots in NYC’s Greenwich Village ignited the gay rights movement.

The global celebration is coming to New York City for the first time in June 2019, marking the 50th anniversary of Stonewall. Over 2 million visitors are expected to participate in the month-long pride celebration.

More than 100,000 issues of "Metrosource WorldPride Guide" will be available in hotels, restaurants, cultural destinations and street corner distribution kiosks in May 2019.

Metrosource will also include additional editorial dedicated to WorldPride 2019 in its monthly lifestyle magazine.

Last week, Davler announced it is adding a section in City Guide devoted to Brooklyn in both its print and online offerings.

City Guide magazine is distributed in over 400 hotels and 100 tourist destinations across New York City. It has a 60,000 weekly circulation reaching 3 million visitors annually.