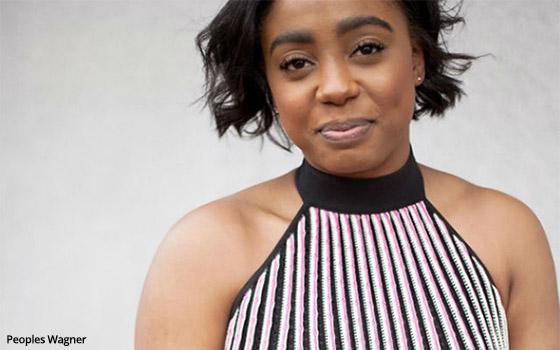 A former intern and assistant at Teen Vogue, Peoples Wagner stated she was excited to "come full circle and be back at a time when there is nothing more powerful or important than a young person who is passionate about change.”

Picardi, who initially announced he would leave in August, is staying to help with the transition. (He will soon join Out magazine as editor-in-chief.) He also started as an intern at Condé Nast.

Anna Wintour, artistic director of Condé Nast and editor-in-chief of Vogue, stated that Peoples Wagner “brings a sophistication and fresh perspective to the cultural moments and social themes that activate our Teen Vogue readers.”

Peoples Wager is currently fashion editor at New York and its style brand, The Cut.

She started her career with several internships at Teen Vogue, before becoming a fashion freelancer for O, The Oprah Magazine. She returned to Teen Vogue as a fashion market assistant for founding editor-in-chief Amy Astley.

Peoples Wager was a fashion market reporter at Style.com before moving to New York.

Since the presidential election of Donald Trump, Teen Vogue has stepped beyond its usual content for young women interested in style, to cover social, political and cultural issues sweeping the nation. The publication gained national attention for its fierce criticisms of President Trump.
magazines, management, teens, women
Next story loading