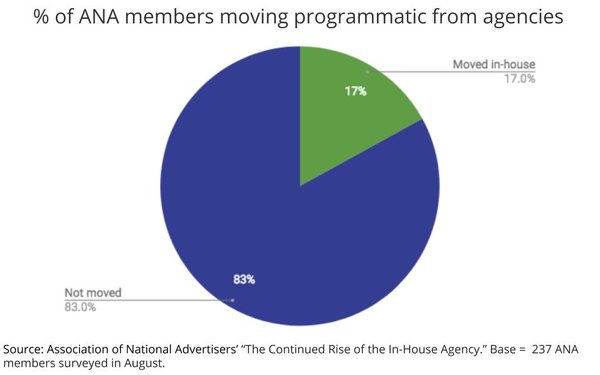 Two big studies being released this week indicate programmatic is having a profound effect on media planning and buying, including one from the Association of National Advertisers and another from IPG Mediabrands’ Magna unit.

According to the just-published ANA report, a majority of the nation’s biggest advertisers say they now handle at least some of their media planning and buying in-house, and programmatic appears to be one of the big factors. According to Magna’s soon-to-be-released report, programmatic media-buying volume is slightly bigger than what was previously thought and now represents the majority of media-buying.

The ANA’s study, “The Continued Rise of the In-House Agency,” finds that 78% of the 412 ANA members responding to a survey conducted in August have brought at least some of their advertising services in-house. That’s up from just 58% when the ANA conducted a similar study in 2013.

Significantly, 17% said they have brought their programmatic media in-house from an external agency.

The study also found significant growth in the in-house handling of other media options that are managed heavily via programmatic interfaces, including social and search.

The share of ANA members claiming to handle at least some of their social media planning and buying in-house has grown to 40% in 2018 from 28% in 2013. 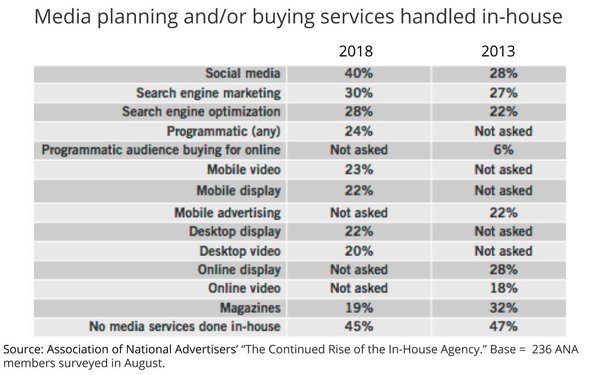