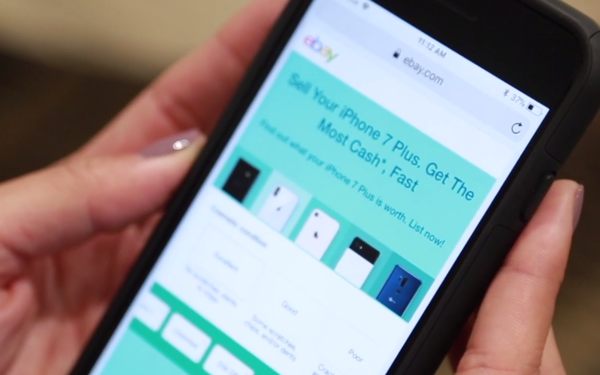 If you’ve got a “smartphones of future past” drawer filled with devices you’ve outlived, eBay has a new way for you to cash in. It has just launched  eBay Instant Selling, which lets consumers get paid “instantly” upfront for old phones they want to get rid of, without having to manage the hassle of actually doing the selling.

This isn’t the first buyback service out there -- even eBay has made different stabs into this market in the past -- but the company claims it offers more for selected smartphone models than competitors do.

“Millions of Americans have unused phones in their homes and simply don’t realize how much their devices are worth, probably because trade-in values are typically so low,” says Alyssa Steele, vice president of hard goods, in a statement about the launch. “With Instant Selling, people can find out exactly how much their phone is worth, and sell their phone within a matter of minutes.”

EBay commissioned a survey of 1,000 people last month and determined that 40% of Americans have two or more unused smartphones in their homes, and a little more than 60% have never sold or traded in a cratered smartphone.

The Web-based consumer trading site says people who use Instant Selling will make more money than if they sell through other services, like Gazelle.com, EcoATM, Apple Give Back and Verizon. For example, eBay says it will give a consumer with an iPhone 8 with 256 gb “up to $515” for the old phone, compared to $90 from EcoATM and between $325 to $350 from the others.

The market for used smartphones is growing as the price of brand-new models continue to increase, which is part of the reason mobile providers now often require a trade-in before you can get a new phone.

Persistence Market Research says used and refurbished phone sales will amount to just over $7 billion this year in North America. Worldwide, the market will have 9.8% compounded annual growth between now and 2026, as more nations industrialize.

It also notes, “implementation of government regulations regarding e-wastes and green initiatives in regions such as the Middle East and Africa and Asia Pacific is generating extensive demand for refurbished and used mobile phones.”