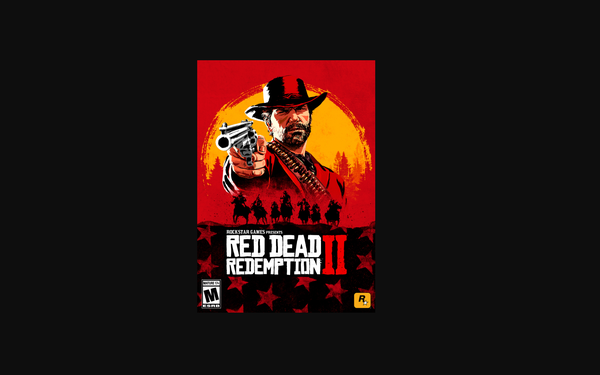 Some readers of the print edition of The New York Times this morning also received a giant poster trumpeting “Red Dead Redemption II,” the new release from Rockstar Games, which is spending millions to promote it.

Untold millions, because Rockstar won’t quantify its spend. But veteran game business-watcher Dean Takahashi, lead writer for GamesBeat at VentureBeat, speculated that the company may be spending as much as $200 million hyping the game that can be played on both Playstation 4 and Xbox One devices.

It’s rated M for “blood and gore, intense violence, nudity, sexual content, strong language and use of drugs and alcohol,” according to a warning on ads and packaging.

The game is set in the “dying days of the outlaw age” and follows a gang as they plunder across the American West, eventually being followed by federal agents and bounty hunters.

Rockstar, a unit of Take Two Interactive, is mostly known for its "Grand Theft Auto" game and successors. The latest one, "Grand Theft Auto V," topped sales of 100 million copies in August, only the third game to do so.

Strauss Zelnick, CEO of Take Two, has said “RDR2 is “poised to be another massive entertainment event." The original game debuted in 2010.

NPD Group predicts it will be the best-selling game of 2018, beating out previously top-selling “Call of Duty: Black Ops 4,” even though “Red Dead” will only be on the market for a little more than two months before the end of the year.

Pent-up demand is especially pronounced because the game’s release has been delayed twice. Originally it was due out last August, and then earlier this year. Rockstar dropped hints, erected billboards and then released an “official gameplay” video on Aug. 9.

When that happened, “Hazard,” the name of a YouTuber devoted to following “RDR2” developments, hosted a three-hour video on YouTube Live “analyzing every single detail there was to be known about the trailer at that time.”

So far, the early reviews seem to be very helpful for amping up sales of the game.

Other reviews are similarly raves.

“Were it not so astonishing to look at, the amount of time that 'Red Dead Redemption 2' expects you to spend enjoying the scenery might be intolerably boring. But the Old West that Rockstar has conjured here is close to miraculous. Its world is a collage of capsule versions of real American landscapes,” gushed The Guardian in its five-star review.

The paper reported hundreds of  British fans lined up at stores waiting to buy the game when it was officially put on sale at midnight.