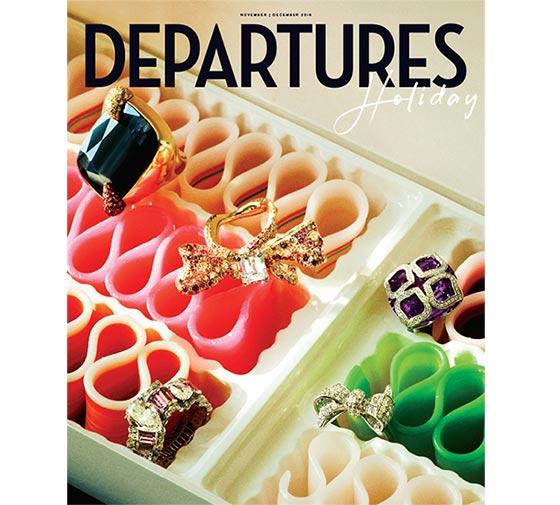 In an effort to market its new A8 model, Audi created a four-page user-activated print insert to target Departures' 25,000 luxury lifestyle readers. This is the first print execution of its kind for Departures, which is directly mailed to American Express Platinum Card members.

The ad, which appears in the November/December issue, features the new Audi model accompanied by organic light-emitting diode (OLED) taillights activated by a faux key fob provided for the reader. The taillights demonstrate the lighting accompanying the Audi A8 as the reader locks and unlocks the “car,” via the key fob. 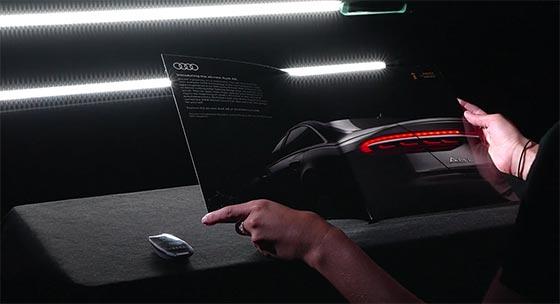 Audi’s brand and creative agencies, Venables Bell & Partners and PHD, partnered with marketing agency Structural Graphics to create the ad. Structural Graphics was tasked with creating a record-breaking number of LEDs to recreate the illusion of the Audi A8’s lighting design, in addition to producing the key fob.

Giulio Capua, vice president-publisher of Departures, stated of the collaboration: “This project underscores the power of print and speaks to the type of unique luxury experiences Departures offers its incredibly affluent, discerning readership.”

Audi of America’s vice president of marketing Loren Angelo stated the company was looking for a “thoughtful and tech-forward approach to our print advertising” to accompany the next generation of Audi lighting design found in the Audi A8.

“The ad is more than a stunning visual; it’s a limited-edition experience that we hope will intrigue Departures readers and Audi fans consistently on the go,” he added.

The print insert is accompanied by a billboard set among executive towers in New York, meant to target another set of affluent buyers. The billboard reads: “Enjoy the view from the top” and is within sight of Bank of America and Salesforce.

Departures is published by Meredith Corp. seven times a year and has 18 international editions.