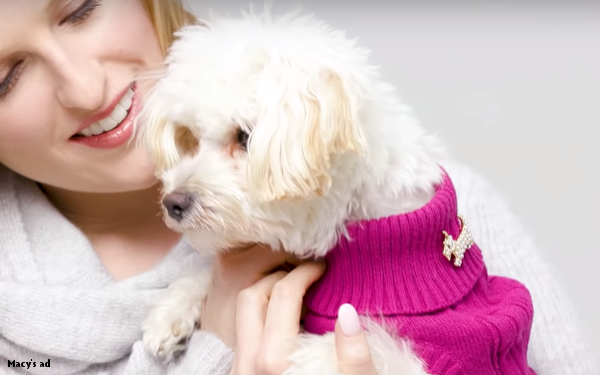 Business is looking bleak at JC Penney. While sales are up at rival Macy’s and in many retail sectors, the Plano, Tex.-based J.C. Penney says sales in its fiscal third-quarter tanked, falling 5.4% on a comparable store basis, and total sales fell 5.8% to $2.65 billion, compared to $2.82 billion in last year’s quarter. And it reported a loss of $151 million, compared to a net loss of $125 million a year ago.

The company, which recently tapped Jill Soltau as its new CEO, also lowered its forecasts, and now expects a low-single-digit decline for the full year.

Nor is it sugarcoating its problems. “While restoring JC Penney to sustained profitable growth will be a lengthy process, I understand the need for quick action,” Soltau says in the earnings announcement. “While these things take time, the results we are reporting today only strengthen our sense of urgency and purpose.”

Macy’s, meanwhile, reports that its efforts to re-interest millennials in the department-store experience are taking hold. It says third-quarter sales rose to $5.4 billion, up from $5.28 billion in the year-ago period, with same-store results advancing 3.1%, marking the fourth consecutive quarter of gains.

Net income more than doubled, to $62 million, up from $30 million last year.

“Our strategic initiatives are gaining momentum and delivering results,” says Jeff Gennette, Macy’s chairman and CEO, in its announcement. Digital business jumped in the double digits, “and a strong stores performance combined to help us exceed expectations. We continue to see an improved trend in brick and mortar across the fleet.”

Macy’s results only serve to underscore how dire JC Penney’s position is, writes Neil Saunders, managing director of GlobalData Retail, who calls the Penney financial results “atrocious.” While noting that the new CEO has the right skills to straighten out the company’s “hotchpotch of randomness…time is not on her side.”

Nor does he think it will benefit from the demise of Sears, with little overlap between the two customer sets. “Moreover, the exit of Sears from some malls may actually harm traffic. Ultimately, the jury is out on whether JC Penney will follow the path of Macy's or Sears, of reinvention or terminal decline.”