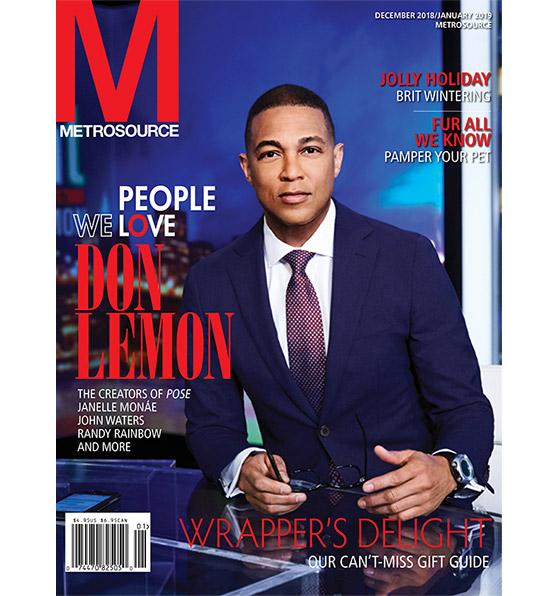 The feature on Lemon appears in the December/January issue of Metrosource, with the anchor featured on the cover, as well as on metrosource.com.

“People We Love” honors “the people and organizations who display extraordinary acts of service and philanthropy, raise awareness about LGBTQ rights and culture and model excellence in being part of the LGBTQ community,” according to a statement.

For the first time in its 16-year-run, the “People We Love” franchise will host a gala event for the honorees, in January in New York City. The program is cosponsored by Red Bull, Go Israel, Health Sherpa and Entertainment Cruises.

Lemon says in the feature story that after 27 years as a journalist, this is the first time he has had to have security. “You know the only difference now versus the other 25 years or so … is Donald Trump.”

“I do have to say as much discrimination as there is toward gay people – and it’s awful – I have received far more for being a person of color than for being a gay man,” Lemon says.

The 10-page section dedicated to "People We Love" in the December/January issue will be complemented with more in-depth profiles rolling out weekly on at the magazine’s website.