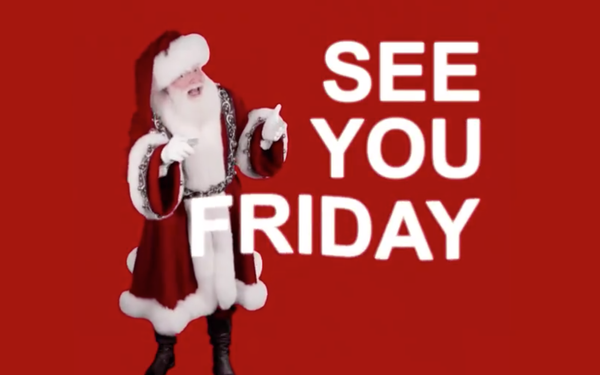 Look out, Katy Perry, Justin Bieber and Barack Obama: Santa Claus is coming to Twitter. With National Believe Day just around the corner, Macy’s says it plans to hand over the reins for its @macys account to the Big Guy. And he’ll spend Dec. 7 drumming up excitement for the retailer’s ongoing #Believe campaign, especially its efforts on behalf of the Make-A-Wish Foundation.

The retailer plans to celebrate Believe Day with Wishes Across America, granting 25 wishes in 25 cities. It’s already pledged $1 donation for every letter to Santa, up to $1 million. It says it will now pay an additional $1 for letters written that day, either in-store or online, up to an additional $1 million.

The campaign, now in its 11th year, has raised $112 million for Make-A-Wish since 2003, with the Believe campaign generating $17 million.

While the real Santa may be staffing the social-media desk at Macy’s, a new report in Rolling Stone reveals why the store never made an appearance in “Elf,” the classic Will Ferrell movie.

Director Jon Favreau says that Macy’s initially gave the film crew the green light for filming, and even would have made room for the cast in its annual parade. But it wanted to cut the scene where Buddy the Elf calls out the department-store Santa as fake and starts a brawl, with the classic “You sit on a throne of lies!” line.

Favreau tells RS: "We ended up filming it in the cafeteria of a mental hospital in Vancouver instead of Macy’s, because we had to build our own version of it because we were unwilling to change the content."