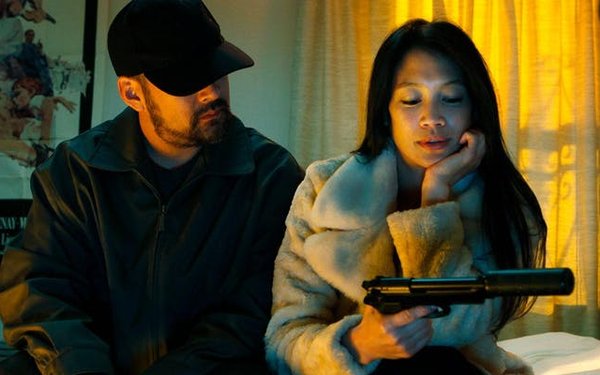 The year-old Chopso, targeting the Asian-American community with English-language content, is among the more intriguing niche SVOD services.

"When I talk to people about Chopso,” CEO Koji Steven Saka recently blogged, "most of what they tell they would want to see on the site are the famous studio movies like 'Joy Luck Club' or 'Crazy Rich Asians'."

But that response “completely ignores the fact that there has been and continues to be so much amazing Asian (American) content out there,” he explained, “most of which has never been seen outside the Asian-American film festival circuit.”

This Friday, Chopso will become its own little festival with the world premieres of two Asian-American films in a free Los Angeles theatrical screening as well as on its streaming service.

One of them is the so-called “Director’s Cut” of a stylish little neo-noir thriller, “Strangers,” written and directed by and starring Michael Aki. According to Chopso, it has taken 10 years for Aki to complete this version of the film.

The results seem to justify the time spent. Aki plays an L.A. hit man, and Eugenia Yuan is the woman he is supposed to kill but instead saves, setting off a combo road movie/psychological thriller replete with sexual tension. The film begins and ends with a retro jazzy score, surrounding more suspenseful music orchestrated by…yes, Michael Aki. There is also a killing that is juxtaposed with a scene from Frank Capra’s classic “Meet John Doe.” I didn't quite get its meaning, but you can’t beat influences like that.

The other Chopso premiere tomorrow is a half-hour short from Brian L. Tan called “Holdout,” dramatizing -- with lots of dramatic license – the true story of a Japanese soldier, abandoned on an isolated island, who is still fighting World War II in the 1970s when he comes face-to-face with a young American tourist.

“Holdout” was filmed in Hawaii. Along with “Strangers,” it will screen tomorrow night, December 7 -- the 77th anniversary of the “Day of Infamy,” when Japan attacked Hawaii’s Pearl Harbor -- at the Japanese American National Museum’s Center for the Preservation of Democracy.

Whether or not this timing was deliberate, it’s a great indication of how far we have come in advancing Asian-American relations, although much work remains to be done.

Asian-American filmmakers, to cite just one example, can use more boosting. So, let’s move beyond “Joy Luck Club” and “Crazy Rich Asians.”

If you're in the L.A. area, you may still be able to register to attend tomorrow’s free screening, at chopso.org/Strangers. Or start a free trial to the SVOD service, at chopso.com. After seven days, you’ll be charged a monthly fee of $4.95 a month, which, as Koji Steven Saka noted, is “the price of a cup of artisanal coffee.”

And much less than the price of tea service at the museum’s Chado Tea Room.

Here's the trailer for "Strangers":