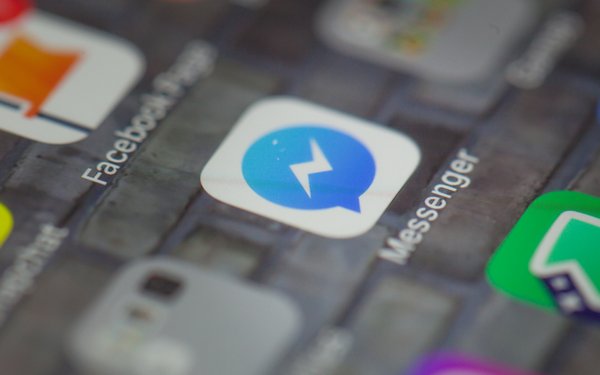 In fact, Facebook-related properties -- including Messenger, Instagram, WhatsApp, and Facebook’s flagship app -- grew by just 1%, from October 2017 to October 2018.

By contrast, industry-wide content consumption grew by about 14%, during the same period, according to Nielsen data by Pivotal Research.

The big problem is Facebook’s eponymous app -- including Messenger -- which saw usage decline by 6% in aggregate, during the period. Worse yet, time spent fell by 10%, year-over-year.

The problem doesn’t appear to be related to the social media category.

Yet the big winner during the period was Google and its related properties. While its growth rate of 24% wasn’t the highest, the tech titan’s immense size made its overall digital consumption impressive.

Industry-wide, content consumption has actually been in decline in recent years. Compared to the 14% it grew from October 2017 to October 2018, it grew 16% the year prior, and 18% the year before that.

The reasons for Facebook’s continued decline are not entirely clear, but analysts have some ideas.

Among other issues, Pivotal analyst Brian Wieser recently suggested the company had yet to repair the damage done by the Cambridge Analytica scandal.

“It is impossible to identify the degree to which Cambridge Analytica and concerns around data privacy have had any lingering impact, nor if Facebook’s efforts to improve the quality of time spent (at the expense of volume of time) might be causing these declines, although presumably both factors are at play,” Wieser noted in a recent report.

From ongoing data breaches to accusations of racial bias, Facebook’s image has taken a beating over the past year. 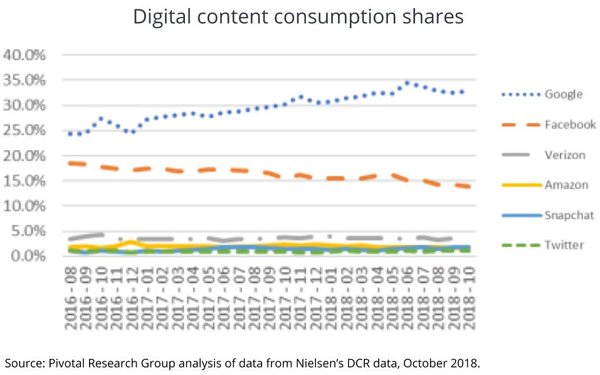