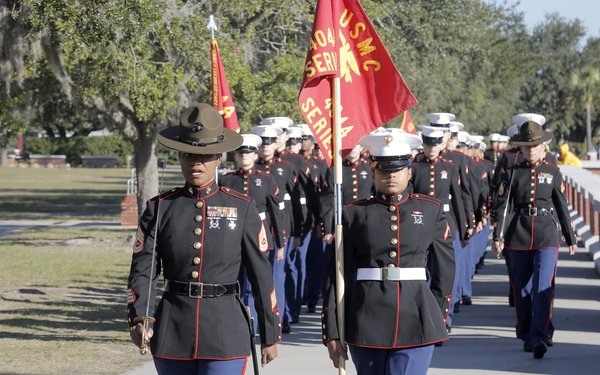 The U.S. Marines has issued an RFP for its advertising contract, currently held by longstanding incumbent JWT. Per government policy, the contract comes up for review every three years.

According to the RFP, the client estimates fees, excluding media costs, for the new three-year deal, are between $32 million and $40 million. Paid media and other direct costs range between $48 million and $68 million per year, based on historical pricing per the RFP.

The Marine Corp. has scheduled an “industry day” to meet with interested agencies later in the month.

JWT, in the process of merging with Wunderman to Form Wunderman Thompson, has been the Marines’ ad agency for 71 years. The account is handled from the agency’s Atlanta office.

As the RFP notes, the campaign is designed “to evoke the prestige that is inherent to serving in the United States Marine Corps (USMC). Through "Battles Won," the virtues of challenging combat training, leadership and bonds forged through shared adversity render an unmatched sense of accomplishment useful throughout a Marine’s life.”