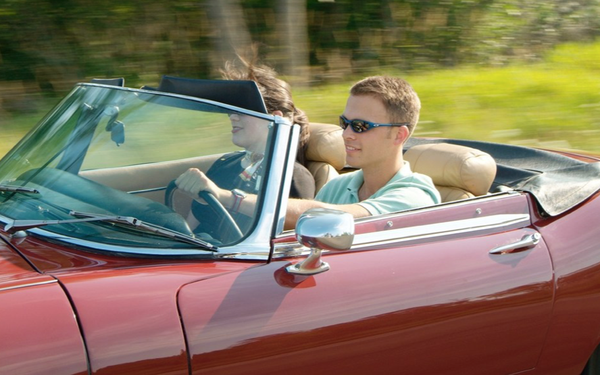 Surprise, surprise: Millennials actually like to drive, according to a survey from insurer Hagerty. But apprehension about autonomous cars transcends generations.

Hagerty found the nation’s largest generation isn’t as anti-driving as once thought, although I still know at least a few who “don’t see the point” in getting their drivers license since they can’t afford a car (why don’t the kids of today settle for driving cheap beaters like we did? That really should be studied) and their parents will drive them anywhere they want to go.

Back to the “Why Driving Matters” survey: 81% of millennials who responded say they “they like, love or are passionate about driving,” which is not much different from Generation X and Baby Boomers (78% and 79%).

Keep the scenic car commercials coming: 77% say they’d prefer to drive themselves on an open and winding road.

Hagerty commissioned the survey in response to the rapid rise of autonomous vehicle technology. Apprehension about autonomous vehicles transcended generations, with 64% of millennials saying a movement will be needed to preserve driving in the future as self-driving cars come of age. Across the board, 57% of all drivers surveyed had the same sentiment: 85% feel consumers will always want the option to drive themselves and 79% don’t want to see driving disappear.

"Full autonomy is going to save lives, make commuting easier and unclog cities," said McKeel Hagerty, CEO of Hagerty, in a release. "But these survey results also indicate that people, including millennials, are always going to want to drive themselves when they want to. It's clear people don't want to lose the joy, freedom and control that comes with having their hands on the wheel."

Automakers can take heart in the stat that 79% of all generations say they are passionate about driving,  85% say driving is part of the American culture, 81% say learning to drive is a rite of passage, 61% call driving a “positive emotional experience” and 59% say driving is a form of stress release.

"One of our goals will be to work with policymakers so that years or even decades from now, when the bulk of cars are fully autonomous, the act of driving is protected," Hagerty says. "We also want to facilitate the discussion about what driving looks like in the future. Will driving someday be mostly a suburban activity? Will there be driving parks or experience centers? Will cars that drive themselves increase interest in the analog experience of driving yourself at times? We suspect so, but now's the time to have those conversations.”

Hagerty is hosting a series of town hall discussions to engage the public and media in dialogue about the importance of driving.

"The idea of actually exploring, actually driving, actually seeing different spaces -- it's the way I grew up, and it's something I fear being lost," Hagerty said at a town hall in Los Angeles. "[Technology makes] it easy to connect with people all across the world, but are we really seeing the spaces around us? I'm not so sure anymore. One of the things I love about being in a car -- and especially driving one myself -- is I'm somehow taking command.”

While I don’t disagree with the sentiment, if technology can keep us from being rear-ended by distracted drivers, it seems all generations should agree that's a good thing.