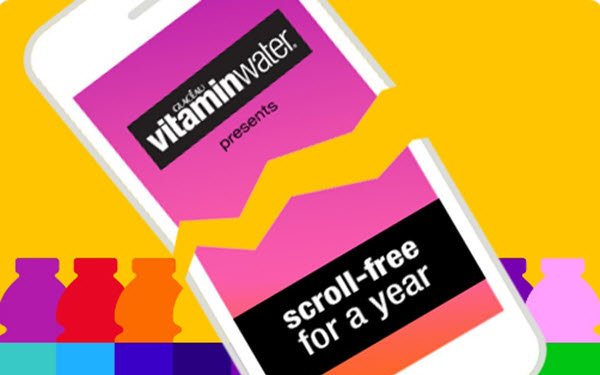 Vitaminwater is generating lots of social action with a novel contest that will give one individual the chance to win $100,000… if he or she can refrain from using a smartphone for 365 days.

Those who believe they can endure such a test can enter by posting their description of what a year without a smartphone would look like, using #NoPhoneForAYear and #contest, on Twitter or Instagram between now and Jan. 8, 2019.

Judges will pick the winning contestant based on originality/creativity, brand relevance, humor and submission quality.

But that’s just the first hurdle. To get the $100K, the contestant will have to promise to forego smartphone use for a year -- and pass a lie detector test to verify that adherence at the end of the 12 months.

If the contestant fails to reach a year, but manages the feat for at least six months, he or she will still get $10,000. But cracking before six months will mean zero prize money.

Vitaminwater isn’t outlawing all phone usage during the challenge.

To enable calls and texting, it’s supplying the contestant with a throwback, non-smart Nokia 3310: “the most popular phone in 2000, when Vitaminwater launched.” That model was chosen “as a subtle nod to simpler days when the term ‘scrolling’ had not yet entered our lexicon,” explained the brand.

The entry posts (an individual may enter up to four times) are  multiplying on the contest’s #NoPhoneForAYear Twitter page.

Intriguing promotion concept -- but what’s the connection with the brand’s marketing mission?

“There are a lot of people that are guilty of mindlessly scrolling because it’s the norm,” she added. “We see this as an opportunity to take a stance against routine, in a way that reflects Vitaminwater’s ‘personality with a purpose’” brand message.

Here's a promotional video being used to convey the message and drive entries: