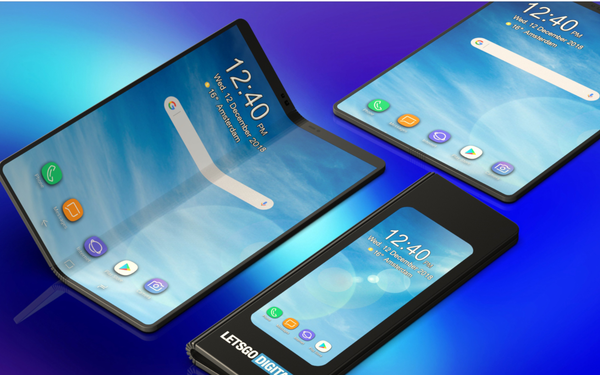 If you’re planning to buy one of those foldable Samsung X smartphones that will hit the market next year, you should consider sipping on penny-pinching Korbel's rather than top-shelf Dom Pérignon on New Year’s Eve.

A report from Korean analyst firm CGS-CIMB Research strongly suggests that the so-called Galaxy Fold phone will retail for a pricey $1,800 before any cellphone carrier subsidy. That price is $100 more than was quoted in a November report.

In its report, CGS-CIMB breaks down what it actually costs Samsung to make the phone -- $636.70 -- and then best-guesses that Samsung will want a 65% profit margin, which is where the $1,800 consumer price tag comes in.

CGS-CIMB supposes Samsung wants the same profit margin Apple gets for its iPhone XS Max.  That phone retails for $1,449.

The report says the new foldable phone is 69% more expensive to make than Samsung’s Galaxy S9 Plus, which sells for $960.

One of the phone's selling points is that when it’s unfolded, the bigger screen -- measuring 7.4 inches --will be great for watching videos or playing games. When it’s folded, its 4.6-inch screen will do all the things a smartphone does, but with such as improvements as longer battery life and far more storage space.

Do consumers care about these features? Samsung must think so. But recently Erwan Rambourg, an HSBC analyst who follows Apple, said consumers might be reaching an affordability problem with that brand, and may be beginning to believe smartphone improvements aren’t dramatic enough to justify high prices.

Perhaps foldable phones are different, though it could take a while to find out if that's the case. In fact, Samsung plans to sell only a million of the new phones in 2019, and will probably start a real push later in the year aimed at sales in 2020.