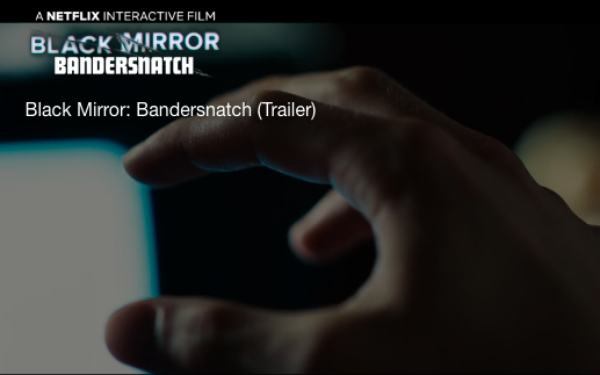 As an homage to Netflix’s debut of “Black Mirror Bandersnatch,” today’s “RTBlog” is an interactive version. All you need to do is click, scroll and use your eyes to determine where the narrative goes. And unlike “Bandersnatch,” this blog can have multiple endings, created by you. All you have to do is post them in the comments field below.

To save you some time, I’ll skip to the end and tell you my ending: “Bandersnatch” doesn’t really achieve the long-promised Holy Grail of interactive fiction anymore than any previous attempt, but it does an incredible job of poking fun at viewers who attempt to alter the narrative outcome, because you cannot. And that’s kind of the point.

The best part of “Bandersnatch” is its inside joke that any viewer attempting to alter the fate of the characters they are watching is actually having their fate altered by the interactive fiction itself. Sure you are given a few binary choices to keep the action going, but the real revelation is that you are being given those binary choices.

Like a mouse negotiating a maze in a lab, you have options for getting to the end, but they are all being controlled by the lab technician that built the maze.

The critical and fan reaction to “Bandersnatch” was mixed over the weekend, but I give it a thumbs up for anyone who wants to understand the challenges of interactive fiction, and enjoy a few good inside jokes along the way.

In the end, the joke will be on you, because like any other piece of fiction, the reader only has a simple binary choice -- read or watch it -- or don’t.