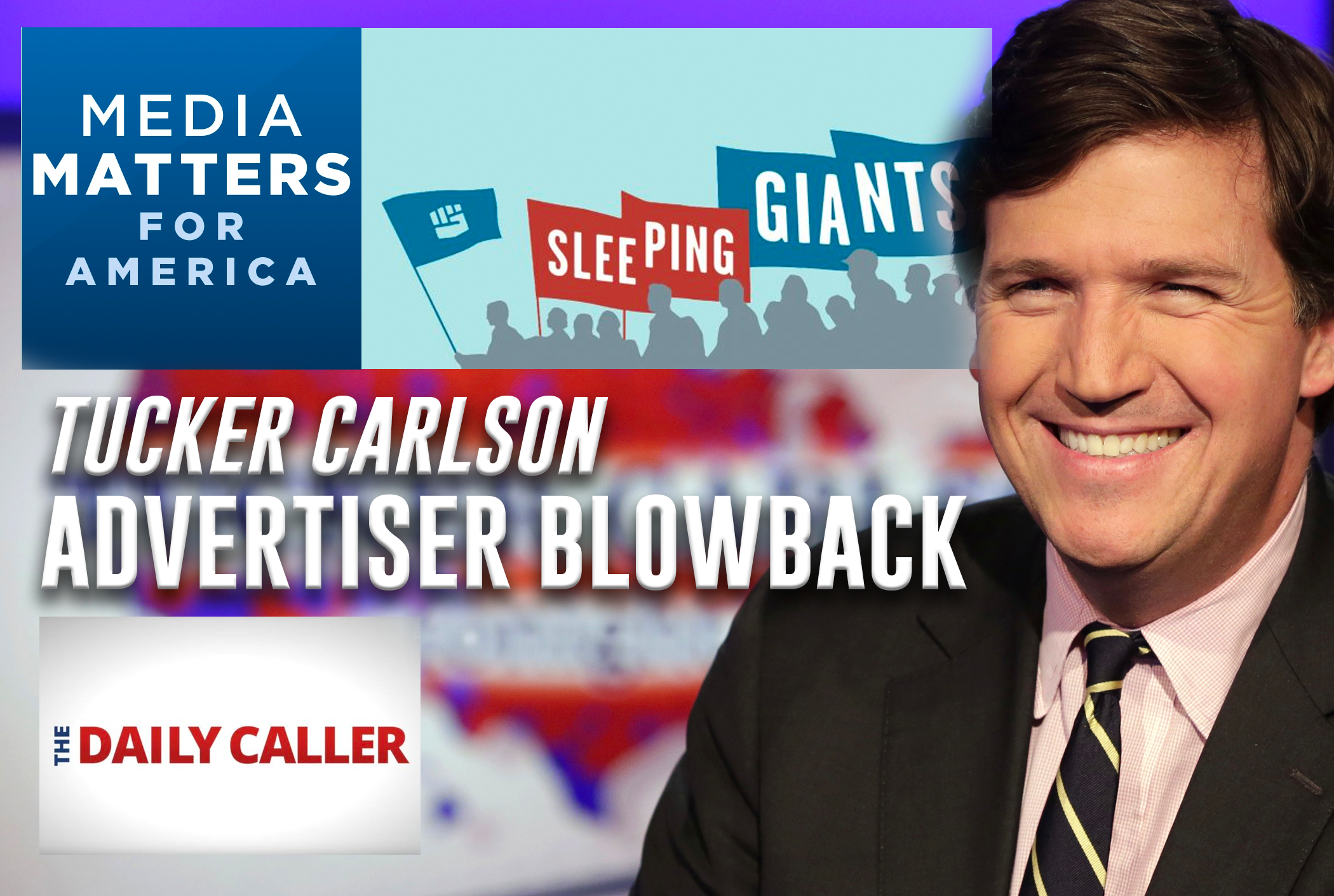 Tucker Carlson used to wear a bow tie. He was, back in the day, a boyish conservative who took a public position that was right-of-center, but for most of his short-lived career on CNN, he was one half of a balanced, if irate news talk show called “Crossfire.”

In October of 2004 Jon Stewart, then host of the “The Daily Show” on Comedy Central, was a guest on “Crossfire,” where he eviscerated Carlson. Stewart noted, with tears in his eyes, that the show was “hurting America.” CNN canceled “Crossfire,” and fired Carlson.

Carlson moved to MSNBC. As MSNBC become more left, Carlson found himself isolated, and in 2009 he moved to Fox News, where’s he’s been ever since. He also launched The Daily Caller, an ultra-conservative website.

But today, Carlson’s Fox News show is facing strong backlash from a commentary he delivered where he said, that immigration  "makes our country poorer, and dirtier, and more divided.” Was he calling immigrants “dirty” -- or was he referring to garbage at the U.S.-Mexico border, as he later claimed?

But organizations including Moveon.org, Media Matters and Sleeping Giants pointed their powerful Twitter feeds and email lists at Tucker’s sponsors -- and the impact is already measurable. Farmers Insurance is the latest to pull ads, joining 25 advertisers that include Lexus, Samsung, Pfizer, CareerBuilder, TD Ameritrade, IHOP, Jaguar, Western Digital, Pacific Life, and Bowflex, all of which have said they would no longer sponsor the show.

There’s some debate as to whether putting economic pressure on Carlson limits his free speech. To which Media Matters President Angelo Carusone responded, “No one forced Tucker Carlson's odious bigotry and fixation on white genocide conspiracy theories. And that's what advertisers are rejecting. Rightfully so, too.”

The power of activated advertisers is growing. Fox News host Laura Ingraham trolled Parkland school shooting survivor David Hogg on Twitter, and he responded by posting Ingraham’s top advertisers. Fifteen advertisers then pulled out of her TV show, while her longtime radio show was canceled due to continued advertiser defections.

The largest organization focused on engaging advertising activism is Sleeping Giants, with 217,000 followers on Twitter. The formerly anonymous site took on Breitbart after the 2016 election and has been effective at increasing awareness of how big advertisers spend their dollars, often without their direct knowledge.

SG co-founder Matt Rivitz, whose identity was revealed by  Daily Caller, discovered that “programmatic advertising” was responsible for many of the ads appearing on Breitbart. Rivitz told the New York Times he was struck by what he viewed as “incredibly bigoted and racist and sexist” content on Breitbart News.

Nandini Jammi, SG co-founder, is clear about where she stands on free speech. “I fully support that right for them to write whatever they want,” Jammi told the Times. "What I have a problem with is Facebook and Twitter monetizing it.”

And while many advertisers respond to public pressure and Twitter campaigns to pull their dollars from offending programs, a small but growing number of brands are leaning into social issues.

Most notable is Nike, which made Colin Kaepernick the face of its 30th-anniversary “Just Do It” advertising campaign.  Other big brands embracing social stands are  Burger King, which used rainbow paper to wrap burgers in support LGBTQ rights, and Starbucks, which made a commitment to hire refugees. And Levis, Patagonia, and Equinox all have launched issue-driven campaigns.

So, what’s changing? Millennials clearly connect their brand relationships to their social and political positions. In one study, 91% of millennials said they would switch brands to one associated with a cause that they care about. More broadly, three-quarters of all Americans would refuse to purchase a product if they found out a company supported an issue contrary to their beliefs, according to recent research from the Cone Communications unit of Porter Novelli.

The era of brands sitting on the sidelines is over. Every ad placement is now an endorsement, and building a brand story of social engagement and responsibility isn’t optional. As consumers become more conscious of how brands align themselves with issues, dollars and loyalty will follow.