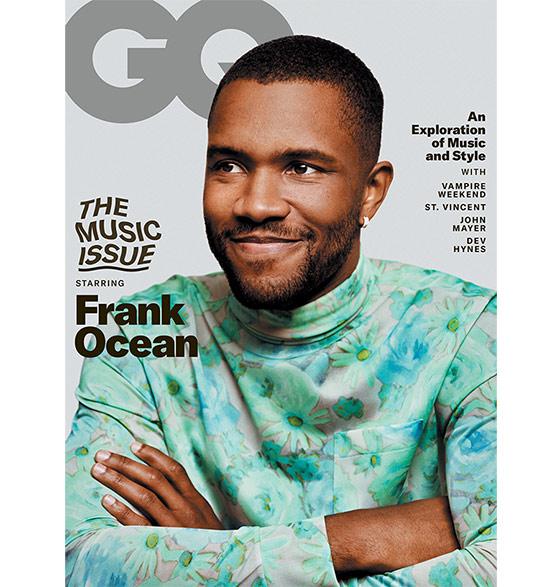 Following his promotion to editor in chief of GQ last September, Will Welch is launching his first edition of the men’s lifestyle magazine with the February music issue, featuring singer Frank Ocean on its cover.

Though the magazine’s iconic logo is staying the same, it has taken on a monochromatic look.

As the new EIC, Welch plans a deep dive into the brand’s digital properties as it moves forward in a post-print world.

“This new iteration of GQ might not be for everyone,” Welch writes in his editor’s letter. “But especially in this niche-driven era, if you try to be everything to everyone, you end up not being much of anything to anyone.”

Part of Welch’s strategy involves capitalizing on GQ.com and its social properties through its style audience. According to Conde Nast, publisher of GQ, over 36% of its web traffic visits GQ.com to read style content over four times a month.

Over the next year, the title will transition the entirety of its “style service” and “how-to” content to the brand’s digital arm after recording 57% of its overall style traffic via SEO on those topics.

Across social, GQ records 4.5 million Instagram followers and it plans to develop new social-first style content that gives followers a more intimate look into the minds of GQ’s editors and writers. The brand also plans to expand YouTube content to offer glimpses inside the lives of GQ insiders.

“We're making GQ less a big tent and more the only place to go when you want a rich, intelligent, and transportive plunge into all the stylishness the world has to offer. Times have changed, but isn't that what GQ has always been about? I think so. Let's dive in,” Welch wrote in his letter.

Welch also looks to expand brand franchises like GQ Recommends in the first quarter of 2019. That franchise reports receiving over 57% more unique views and 23% more time spent than the rest of the site on average. The ecommerce guide reports a conversion rate to purchase double industry average.

Welch replaced longtime editor Jim Nelson, who had been with the title for 15 years. Before taking the helm of GQ, Welch helped found and launch GQ Style and served as its editor-in-chief from 2015.