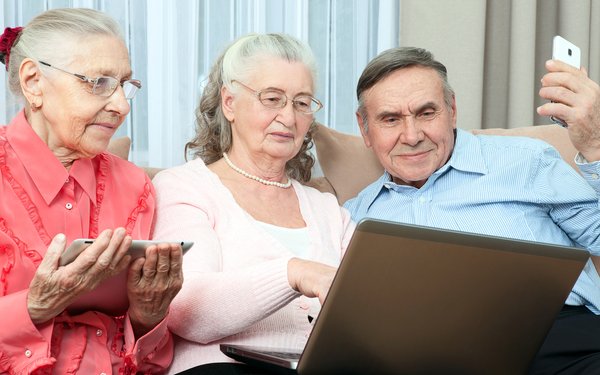 In the United States, Facebook users 65 and older are far more likely to share ‘fake news’ -- a habit that greatly increased the spread of misinformation during the 2016 presidential election.

That’s according to a new study in Science Advances, which found 11% of those 65 and older share bad information, compared to just 3% of Facebook users ages 18-to-29.

Conducted by researchers at NYU and Princeton, the study actually found that most Facebook users didn’t share articles from fake news domains, in 2016. According to their data, fewer than 10% of respondents shared a story from a fake news domain.

“Aside from the overall rarity of the practice, our most robust and consistent finding is that older Americans were more likely to share articles from fake news domains,” the researchers write. “This relationship holds even when we condition on other factors, such as education, party affiliation, ideological self-placement and overall posting activity.”

Relative to age, none of the other demographic variables in the researchers’ model -- including sex, race, education and income -- had anywhere near the predictive effect of sharing fake news.

Yet along with being older in age, Facebook users who shared bad information back in 2016 were more likely to identify themselves as Republicans than Democrats.

Conservatives -- especially those who self-identified as “very conservative” -- shared the most articles from fake news domains.

As for why older Americans might be sharing more false information, the researchers suggest it may have something to do with digital media literacy, or lack thereof.

“It is possible that an entire cohort of Americans, now in their 60s and beyond, lacks the level of digital media literacy necessary to reliably determine the trustworthiness of news encountered online,” the researchers write.