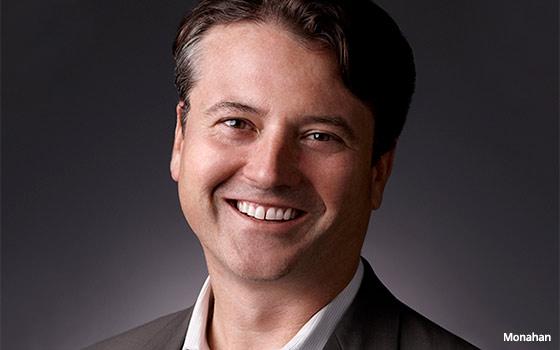 In the role, Monahan will lead the recently won global Intel media account. He’s also tasked with identifying partners who can advance the people-based marketing agenda of Intel and other Dentsu Aegis Network clients.

Monahan is well known in the business—he’s held senior leadership roles at big media companies, marketers and agencies as well as startups. Most recently, Monahan was Head of Customer Strategy at Pinterest.

He is also a co-founder of NewCo, a multi-platform global events and media company launched in 2012 that has hosted conferences in 30-plus cities to date.

Prior to Pinterest, he ran marketing at Walmart.com, where he focused on transforming the customer acquisition strategy and expanding Walmart’s digital advertising business.

Earlier he held a number of senior posts at Interpublic and two of its subsidiaries, Universal McCann, and Magna Global.

Brien ran Mediabrands for several years before being tapped to run McCann in 2010. Monahan is just the latest former senior Mediabrands executive that Brien has convinced to join him at Dentsu Aegis. A year ago, Matt Seiler, who succeeded him as Mediabrands CEO, joined Dentsu Aegis as president of brand solutions. Former Initiative president and Magna Global CEO Tim Spengler joined last fall to oversee the agency’s M1 platform and Kris Magel, who was U.S. president at Initiative after Spengler also joined last year assuming the role of president, DAN media clients.