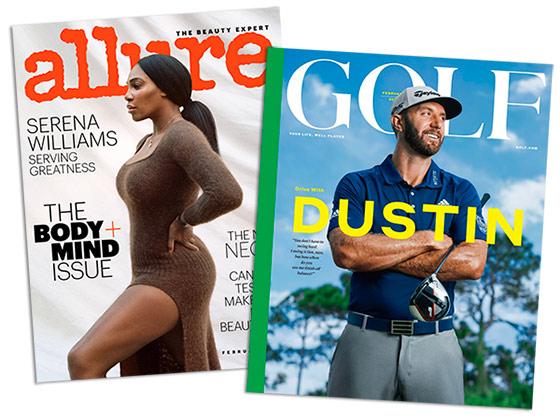 In 2017, entrepreneur Howard Milstein made a successful bid for former Time Inc. title Golf, adding to his portfolio of putter-and-tee-related titles. After he purchased the title for around $15 million, he vowed to “expand the reach and quality of the publication.”

With the February issue, Milstein kept his word. A larger, richer Golf delivered expanded content, voices and an uptick in advertising pages.

New and returning advertisers to the redesigned title include Lexus, TaylorMade, Callaway, Ping, Srixon and Dewar’s and Golf Myrtle Beach.

The newly tweaked editorial will focus more tightly on the golfing lifestyle outside of the professional sport. Accompanying the redesign, Golf has added new voices to its mix.

Jason Adel, CEO of Golf magazine and Golf.com, stated: “From advertisers, to current readers who were shown the redesigned magazine, to the contributors themselves, there is a remarkable energy surrounding the new Golf magazine and its cutting-edge content and style.”

Golf has also compiled an in-house video department with 10 staffers to grow out the brand’s digital audience.

The brand, which will turn 60 this year, anticipates a redesign of its website, Golf.com, featuring a UI/UX that brings a deeper level of personalization to readers. Its digital, video and social-media platforms will all receive an upgrade, offering enhanced video and virtual instruction, among other features.

An ecommerce arm will round out the new Golf properties, making the transition from learning about golf to shopping with ease.

Reported by WWD, the beauty and fashion magazine will unveil a new editorial look for its print and digital properties— beginning with its March issue — under the magazine’s editor of three years, Michelle Lee.

The redesign will feature a new typeface, younger and more diverse photographers, a dedicated wellness section and a focus on “beauty-forward” editorial. Allure will also introduce some new sections, including a “My Favorite Product” page by Lee and a new back page dedicated to vanities and bathrooms called “Beauty Spaces.”

As other women’s magazines have gone digital-only, Lee told WWD that Allure will not abandon print, but will evolve with the new marketplace.

“As a brand, we’re committed to it. The company is so committed, and there’s a growing interest in beauty. We’re definitely very invested [in print],” she told WWD.

According to the report, Allure’s readership dropped by 6% from a year ago, but digital is thriving, with desktop traffic increasing by 11% year-over-year, mobile by 13% and video by 23%. February ad pages saw an increase of 27%, compared to last year.