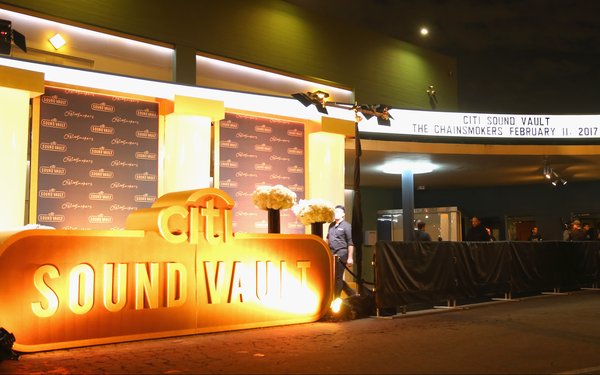 This year’s effort, from Feb. 7-10,  will include Pink, Muse and Chris Stapleton at the Hollywood Palladium, as well as a limited edition merchandise collection with streetwear artist Trevor Andrew.

The collection will launch on Feb. 7 via a pop-up experience, within the walls of the Hollywood Palladium, with items available to Citi cardmembers who purchased tickets to one of the three Citi Sound Vault shows. Net proceeds from all sales will benefit nonprofit Musicians on Call, which brings music to the bedsides of patients in healthcare facilities.

“We’ve placed a big bet on experiential ever since we launched our entertainment platform over a decade ago,” Breithaupt tells Marketing Daily. “Since then, we’ve grown it into one of the largest consumer access platforms of any brand, offering more than 12,000 events with the world’s biggest artists to our cardmembers each year."

As consumers’ attention spans continue to decrease within our always-on, digitized landscape (a Microsoft study puts it at 8 seconds), it’s become increasingly difficult for brands to break through, Breithaupt says.

“Experiential marketing activations have been an immensely impactful way for us as a brand to connect with consumers on a deeper emotional level and encourage long-term brand affinity and loyalty,” she says. “Having said that, it’s certainly not an either/or, and we continue to play in traditional marketing channels as well. But as marketers, we need to challenge the standard metrics of success in today’s landscape.”

Live music can be that unifying force between consumers and a brand—especially with millennials, she says.

"We’ve seen this both through firsthand experience with our entertainment platform as well as studies,”  Breithaupt says. “According to our recent research, millennials are more likely to engage with a brand after attending one of their events. For example, 46% of millennials have visited the company’s website (versus 38% of the general population), and 39% have purchased the company’s product or services (versus 32% of the general population) after an event.”

Live Nation recently fielded a “Power of Live” study that showed 63% of fans are more likely to connect with brands while in a highly emotional environment of live music.

“There’s no question that harnessing the power of live music, if done right, can be a transformative means for a brand to foster deeper connections with consumers,” Breithaupt says. “With a consumer base of millions, it’s essential that we’re reflecting their diverse preferences in music. And you can see this in our Citi Sound Vault lineup this year with artists from a range of genres including pop, rock and country.”