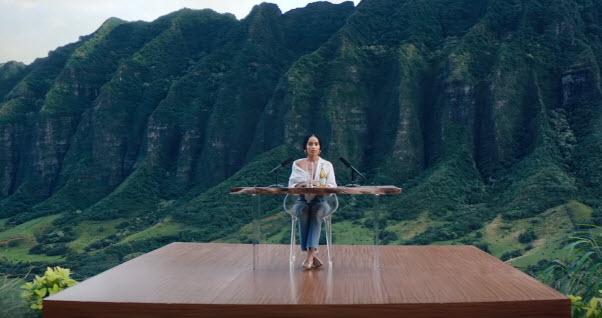 Standing out among the extravagantly produced, generally over-the-top ads in the Super Bowl is perhaps toughest for beer brands, given the number and history of annual entrants in that category.

In the 45-second ad (below), Kravitz is shown on a platform equipped with two microphones, incongruously set up amid a lush, mountainous Hawaiian landscape.

The spot is meant to demonstrate “the power of an organic beer to help people reconnect with nature,” according to the brand. Kravitz was chosen in part because she's an avowed adherent to an organic lifestyle.

The spot is the first Super Bowl ad for Ultra Pure Gold, which has been a hit for Anheuser-Busch InBev since its launch last year, as well as the first Bowl spot produced in ASMR.

The FCB Chicago ad is one of eight AB InBev ads, spanning six brands, to run in this year’s Big Game.