Late-Night Rivals Stick Up For Noah In Odd Ad Campaign 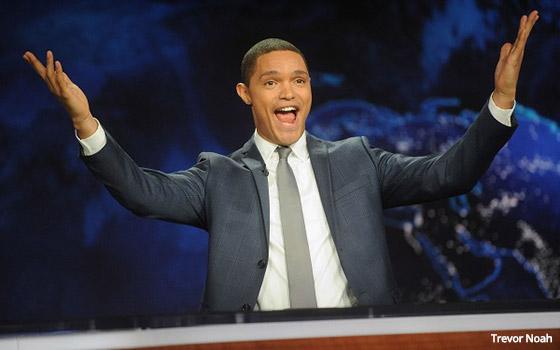 Can’t anybody here play this game?

I was reminded of this memorable quote credited to Casey Stengel when I came across a billboard in a New York City subway last week. This billboard showcased quotes from rival late-night stars praising one of their own, “The Daily Show with Trevor Noah.”

Can't anybody here play this game? Late-night hosts who compete for viewership are not supposed to go around supporting each other.

Instead, they are supposed to apply their well-earned paranoia to guarding their fiefdoms, bad-mouthing the competition in private, and saying nothing about them in public, much less praising or promoting them.

Haven't any of the current crop of late-night hosts ever seen “The Larry Sanders Show”?

Stengel reportedly asked, “Can't anybody here play this game?” when he was manager of the New York Mets in their inaugural season in 1962. He was expressing his frustration over the team's incompetence. That season, the team won just 40 games and lost 120.

In his colorful way, Stengel was decrying a level of play that was so substandard that it represented an almost total break with the traditional way professional baseball had been played up to that time.

So when I see a billboard with the stars of late-night TV putting on a show of unity, I just cannot resist the urge to write a blog about yesteryear, when publicly supporting a rival network or competitor was unthinkable.

It was also the correct position to take. We humans are a competitive species. Coming out in support of a rival such as another late-night show that wants your audience is like being OK with someone else eating your lunch. And nobody likes that, right?

I will acknowledge right up front that obviously some of the quotes are meant to be funny or at least tongue-in-cheek.

But the others can be misinterpreted as actual praise. “Amazing,” says Colbert. “Taking on the impossible,” says Oliver (OK, maybe that’s sarcastic). “Doing a hell of a job,” says Meyers. “I love watching it,” says the quote from Fallon, referring to “The Daily Show.” The headline on the poster says “Game Recognize Game.”

It is also true that none of these hosts’ shows compete directly in the same time period as “The Daily Show.” The only show that does is “Conan” on TBS, and Conan O’Brien is not in the ad.

But still. Just the fact that these late-night hosts are appearing in a promotional context for one of their own is another sign that the times they have a-changed.

It wasn't that long ago that late-night hosts almost never cooperated with each other for any reason. The best part of that era was the way these egocentric stars would deny that they disliked each other, and then later, the stories would come out about how much they detested each other.

David Letterman vs. Jay Leno, Conan vs. Leno, Jimmy Kimmel vs. Leno -- these rivalries formed the basis for scores of great stories in the late-night era that preceded the current one. The common denominator? Jay Leno.

Even before that, Johnny Carson was merciless. Remember how he cut off all communication with Joan Rivers after she dared to launch her own late-night show on Fox in 1986? The two were said to be friends, but as soon as she went out on her own, he disowned her like a father writing a wayward child out of his will.

Today, however, the late-night hosts go around pretending they're friends. It seems dishonest. Plus, the truth -- that they are not friends at all and probably barely know each other -- is far more interesting.

Can't anybody here play this game?