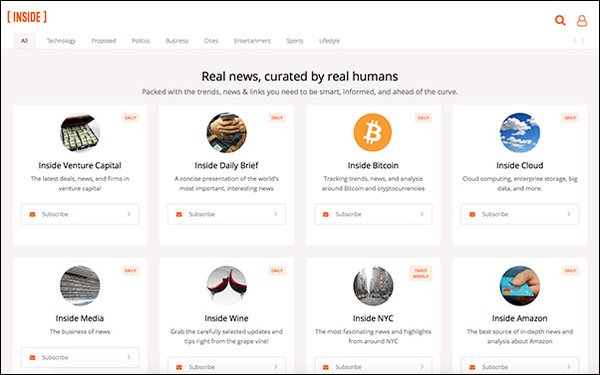 First, company has raised $2.6 million in funding to support the continued growth of its business after closing out 2018 with $1.1 million in annualized revenue. That number marked a 300% growth over 2017 numbers.

The new round of funding was raised from more than 900 investors and anchored by investments from the SeedInvest Fund and Jason Calacanis, who each invested $250,000. The funding round was also supported, in part, by hundreds of readers.

The company, which reaches over 750,000 active subscribers, also launched a proprietary ad server that provides brands with the tools to run native ads directed at broad demographics, including “developers,” “high-earning consumers” and “people who work in tech.”

The company stated in the announcement: “Like podcasts, most email newsletters offer one option: pay to reach the entire audience, or none of it. Given we have 50 different newsletters and work with a wide array of advertisers, we wanted to offer something better, so we built it.”

Through surveys, newsletter subscriptions and tools like Clearbit, Inside.com has gleaned a comprehensive portrait of readers.  It knows the jobs, industries, broad interests and rough locations of its users.

That data allows Inside.com to connect sponsors with a target audience across an ever-expanding portfolio of newsletters.

Other newly launched newsletters are geared to those in finance, such as CMOs, CFOs, CTO/CIOs, design, sales and founders.
funding, online publishing, web sites
Next story loading