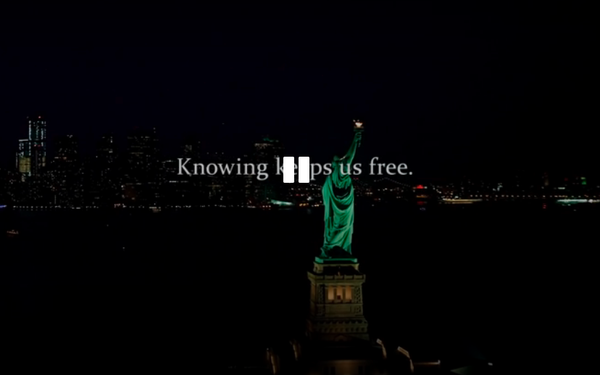 I miss the days when I could just watch the Super Bowl, react to the ads and discuss them the next day around the water cooler instead of the real-time proboscopic breakdown analysis that the Big Ad Game has become.

As I write this, my inbox already is getting flooded with numerous polls, “scientific” studies, and real-time metrics analysis purported to show what the best Super Bowl spots actually were. Personally, I found most of them underwhelming -- most likely because most have already been previewed in the weeks leading up to Super Bowl Sunday -- but also because they just weren’t that funny, captivating, and definitely not thought-provoking.

Aside from a couple of mashups -- Bud Lite/”Game of Thrones” and T-Mobile/Taco Bell -- I thought the most creative spot and emotionally engaging spot was CBS’ animated eyes promo featuring stylized versions illustrating audio clips from classic CBS series.

The only spot genuinely worth discussing -- The Washington Post’s “Knowing Helps Us Decide -- has already sparked a backlash, mainly from the paper’s own staffer’s grousing about the high cost of running a Super Bowl ad -- but if you ask me, it was money worth spent, because it reminds us all that “knowing” isn’t free.

There are are real costs associated with the kind of journalism the Post’s ad celebrates, and the economic ones are just a means to the end of what it takes to know.