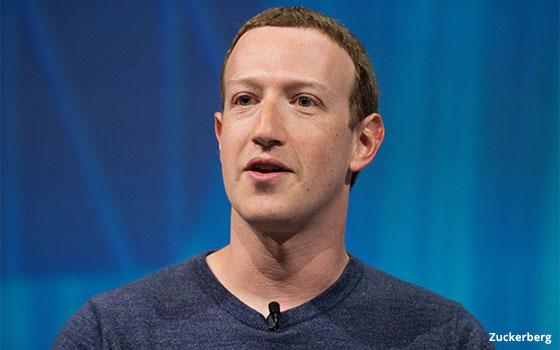 As Facebook turns 15, Mark Zuckerberg is waxing confident about the company’s health and what he believes to be its positive impact on society.

Thanks to Facebook and other social networks, “what we’re seeing is people having more power, and a long-term trend reshaping society to be more open and accountable over time,” Zuckerberg writes in a new post.

Not mentioned in the birthday address are the myriad controversies that have swirled around Facebook in recent years, from its failure to protect millions of people’s private information to its facilitation of misinformation and “fake news” around the world.

Zuckerberg also neglected to address growing calls for regulation of the social-media industry and a breakup of Facebook into smaller entities.

Despite its immense size and market cap of nearly half-a-trillion dollars, Zuckerberg considers Facebook to be a great liberator of people, change agent and disruptor of the status quo.

As such, the company’s most fervent antagonists are established interests that benefit from the disempowerment of people, according to Zuckerberg.

“As networks of people replace traditional hierarchies and reshape many institutions in our society -- from government to business to media to communities and more -- there is a tendency of some people to lament this change, to overly emphasize the negative, and in some cases, to go so far as saying the shift to empowering people in the ways the internet and these networks do is mostly harmful to society and democracy,” Zuckerberg writes.

Assume some responsibility for Facebook’s failing, Zuckerberg admitted the company is still struggling to balance free expression and safety, consumer privacy, its role in elections and the broader democratic process.

“These are all critical issues, and we have a responsibility to manage these networks more proactively to prevent harm,” Zuckerberg admitted.