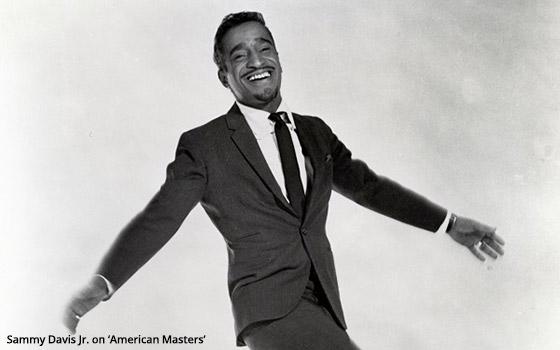 At some point in the final portions of Tuesday night's two-hour “American Masters” documentary about Sammy Davis Jr. on PBS Whoopi Goldberg muses that we will likely never see anyone like him ever again.

When this is said about most people, it can come across as hyperbolic. But not perhaps when referring to Sammy.

Those of us of a certain age for whom Davis was a television staple for the better part of 20-plus years can certainly believe that the odds are long indeed of anyone coming along anytime soon who will be like him.

For one thing, the man possessed an incandescence when it came to performing that few, if any, of us have ever seen since. Plus, the entertainment era in which he was a superstar -- roughly the 1950s until the years right before his death in 1990 -- was much different than today.

This was due mainly to the dominance of mass media, or more to the point, mass television when it consisted chiefly of just three networks. This ensured that almost nothing seen on TV in the three-network era would ever have a small audience.

Thus, you had all of these famous entertainers on television who seemed as if they had all been around since the Year One. Born in Harlem in 1925, Sammy Davis had been performing in one way or another since the age of three or thereabouts.

This “American Masters” installment, subtitled “Sammy Davis Jr.: I've Gotta Be Me,” brings the man and his era lovingly back to life.

Among the topics the documentary explores in depth is Davis's position in the racial turmoil of the 1960s. The topic is irresistible and highly appropriate. Here was a man who was black and Jewish, and in large part made his fame and reputation as a member of the Rat Pack, the group of entertainers led by Frank Sinatra that was emblematic of the establishment and also white, except for Davis.

The documentary makes the point over and over again that Davis was challenged throughout his life and career to fit into categories that society and the media expected him to fill. But time and time again, he went his own way -- visiting American troops in Vietnam and embracing Richard Nixon, among other things.

To its credit, the documentary seems to come out in favor of Davis, and suggests that the criticism that was continually leveled at him was grossly unfair in retrospect. In the documentary, Davis is seen befriending Dr. Martin Luther King Jr. and diving headfirst into the civil rights movement.

In the 1960s especially, no entertainer was more emblematic of the word “entertainment” than Sammy Davis Jr. This documentary drives the point home with scene after scene of Sammy doing what he did best -- dancing, singing, doing razor-sharp imitations of Hollywood superstars and just being Sammy, which for him was a lifelong piece of performance art in itself.

Those who are too young to have experienced the Sammy Davis Jr. era can get a taste of it here. When it came to entertainment, the man was indeed an American master, which begs a question: “American Masters” has been around for 33 years and they are only now getting around to Sammy Davis Jr. -- so what took them so long?