On Network TV, Fight Against Terrorism Is Never-Ending 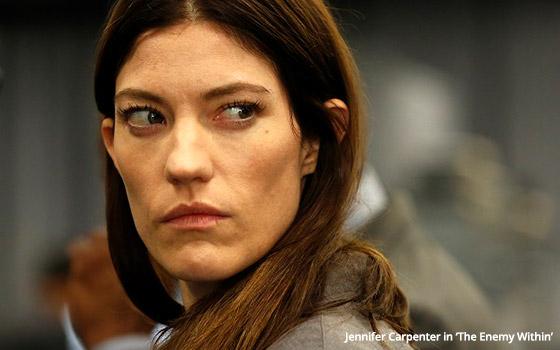 How many of these homeland-security, terrorist-fighting TV shows have we had since the early ’00s?

Possibly too many to count accurately. Certainly, they burgeoned in the wake of 9/11. But perhaps more importantly, in a TV context, they proliferated in the wake of “24,” which premiered only two months after 9/11 in November 2001. The Kiefer Sutherland action drama set a standard for these kinds of TV shows that subsequent series have almost never met.

Although the memory of the 9/11 attacks remains vivid for many of us, it has been a long time -- almost 20 years. It is reasonable to wonder if the danger of terrorist attacks is still top of mind for American TV audiences.

The TV industry seems to think so. Each season seems to bring new drama shows about swashbuckling FBI and CIA agents working 24/7 to foil various plots. According to these shows, these plots are in the hatching and just-about-to-happen stage just about every day. Most of these shows prove to be short-lived.

In network TV's latest entry in the terrorist-fighting pantheon -- “The Enemy Within,” premiering Monday night on NBC -- the paranoia meter gets ratcheted up to 11. In the show's premiere, the claim is made that thousands of enemy spies, saboteurs, and would-be mass killers are living among us in guises we cannot detect.

The question is, does this heightened sense of paranoia parallel the way people are feeling in real life? This has long been the key to the success of many TV shows -- that they reflect current trends in attitudes and thoughts. Where this new show is concerned, it feels like it is over-reaching in its insistence that the culture is more paranoid today than it has ever been.

“The Enemy Within” is about spies and baddies in our government and in our neighborhoods. The show centers on two principal characters. One is an FBI agent played by Morris Chestnut. The other is a former high-ranking CIA operative played by Jennifer Carpenter, who is best known for playing serial killer Dexter Morgan's sister in the Showtime series “Dexter.”

In “The Enemy Within,” she is serving a life sentence in a supermax prison following her conviction on treason charges. The backstory is that her actions seemingly in support of a plot to kill fellow CIA personnel got four of them killed. One happened to be the fiancée of the Morris Chestnut character.

Through a set of contrivances that could only occur on TV, this incarcerated former CIA agent is brought out of supermax to help the FBI track a terrorist who has eluded them for years. She has special skills and instincts that make her input very valuable. She is such a genius that I almost mistook this show for a CBS series, since the shows on that network are awash in gifted geniuses like this.

Meanwhile, the Chestnut character despises her for what he thinks was her role in the death of his fiancée. But he is forced by higher-ups to work with her nonetheless. And that's the premise.

The show itself is violent, maudlin, sad and dark. These characteristics would not seem to some people (if not most people) like the stuff entertainment should be made of. But TV keeps foisting these kinds of unpleasantries on us anyway.

In the two episodes provided for preview, various horrendous murders take place. One of them is a slaughter of DEA agents who board a boat and are then gunned down. One of them is shot in the head while he lies on the deck wounded and begging for his life. Filmed from above, blood and other matter explodes from his head onto the deck. The scene is disgusting.

In a world of real-life gun violence, it is time once again to note that TV today is more violent than it has ever been.

As for “The Enemy Within,” it has about as much chance of returning for a second season next fall as dozens of other such shows that went nowhere.