The Big Snore: Oscars Are A TV Show In Trouble 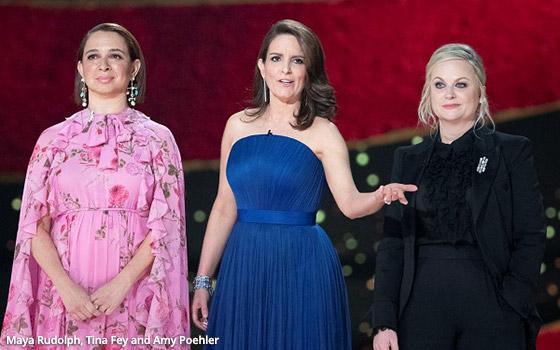 The Oscars were so boring that it was possible to wonder why on Earth we watch this thing every year.

Sure, this annual awards show running more than three hours has its moments. But this year's edition on ABC Sunday night had very few of them. It was stupefying, bland, dull and charmless.

As in any other industry, the community of craftspeople that come together to create and produce our movies have every right to pat themselves, and each other, on the back for a job well done at this or any other awards gala they feel like putting on.

But this year's Oscars had such an insiders’ feel about it that it failed as a TV show produced and provided presumably for the entertainment of an audience watching at home.

While the thank-you speeches delivered by cinematographers, production designers, make-up artists and the like have long been a part of this annual telecast, this year's thank-you lists came across as especially irrelevant to the rest of us.

The lists seemed longer this year -- endless litanies of names of people and production entities that you and I never heard of.

God bless them all, and congratulations all around on their Oscar wins. But listening to the lists of names really had me repeatedly looking at my watch this year, keenly aware that watching this felt like a bigger waste of time than usual (which is saying a lot).

It is difficult to determine whether this telecast would have been enlivened in some way by the inclusion of a comedic host. As noted all over the place, this Oscars was the first one in 30 years to go hostless because no one seemed willing to accept this now-thankless job.

In fact, comedians in general seemed scarce. Exceptions included the triumvirate of Maya Rudolph, Tina Fey and Amy Poehler (pictured above) whose repartee was no forgettable that attempting to remember it just moments after they were through proved impossible.

Instead of the customary comedic opening, the show began with a medley of Queen songs performed by the group's current incarnation led by front man Adam Lambert. Since the music included the band's iconic arena hits -- “We Will Rock You” and “We Are The Champions” -- this opening gave the Oscars a stadium feel that felt incongruous in a theater populated with beautiful people in gowns and tuxedos.

On the subject of Queen, Rami Malek's win for Best Actor for playing Freddie Mercury in “Bohemian Rhapsody” was a highlight of the evening because we always like seeing a great TV actor move up to the movie business so successfully. Malek has already impressed us all with his work in “Mr. Robot” on USA Network. Way to go, kid.

As a TV show, the Oscars have lost an estimated 40% of their audience since 2013. The show drew 43.74 million viewers that year, then declined every year since. Last year's tally came in at 26.5 million -- a paltry number for what was once one of the runaway ratings successes broadcast television could count on every year.

It appears that, like just about everything else we used to take for granted in the TV biz, even the Oscars seem to be slowly slipping away from us.